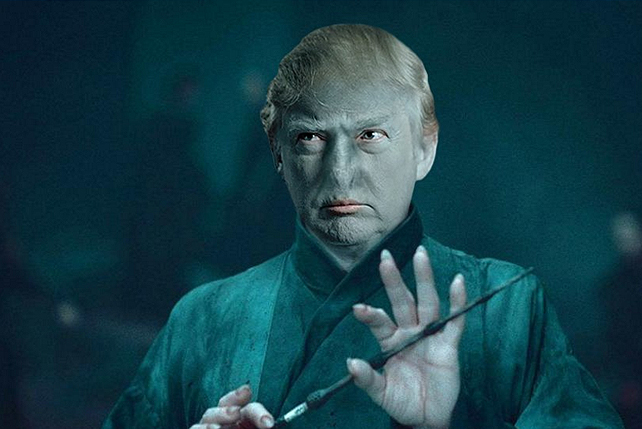 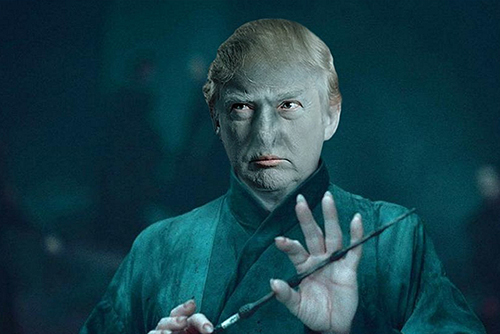 She was referring to Trump calling for a "total and complete shutdown" of Muslims entering the U.S. He argued that anyone practicing Islam "should be considered a potential threat." The statement not only raised a firestorm from Democrats, Muslim Americans, and a wide range of Republicans, it also drew flak from the “Wizarding World.” In the Philippines, Trump is being likened to presidential aspirant, Davao City Mayor Rodrigo Duterte.

Rowling’s tweet got the Internet’s attention, especially Harry Potter fans, as they know how grave it is to be deemed worse than the “Dark Lord.” For the benefit of those who have no idea what we’re talking about, Voldemort hates Muggles (non-magic folk) and wants the world to be purified of them. However, Trump said his call for a ban is only "temporary" until "the country's representatives can figure out what's going on." This didn’t stop social media from making memes and jokes about it. Warning: Lots of Harry Potter references ahead.

But Aveda Kedavra is an instant, traceless  death spell... 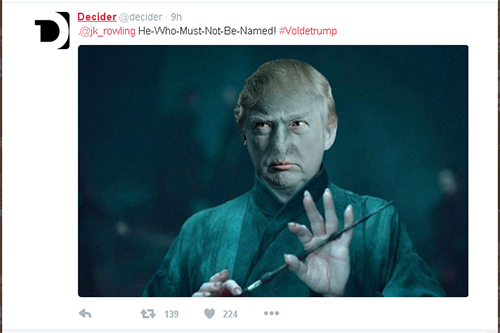 Now we get the picture.

.@jk_rowling is absolutely right - we have a new You-Know-Who: pic.twitter.com/LwucD6GQqG

@djsziff Probably spends as much time trying to look into a mirror as well. pic.twitter.com/P2vYjE0MM8

If that's the case, we support the wig! 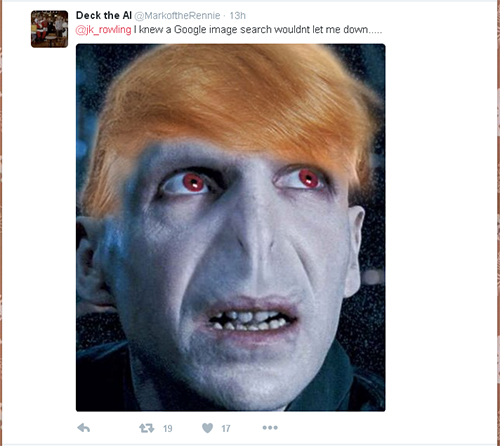 For a moment there, we thought he was a Weasley.

Maybe his hair is one?

Maybe he's a half-blood? Half Muggle, half crazy.

On second thought, yes. And she was the worst.

Maybe they have the same playbook. 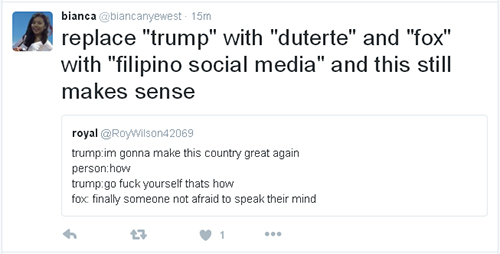