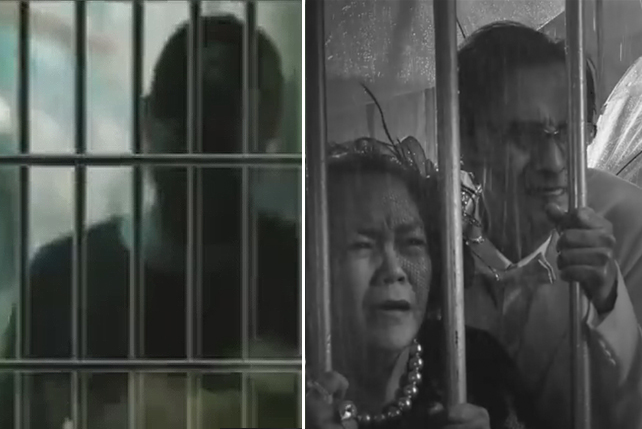 Do they have the same ad agency? 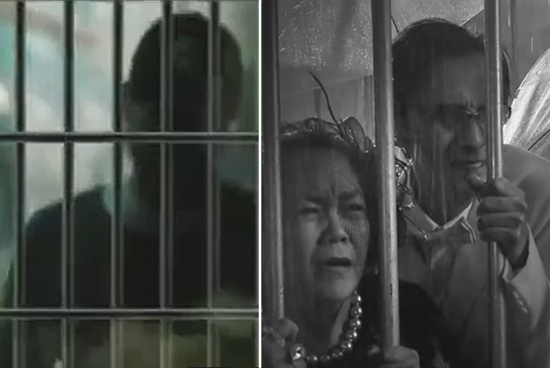 (SPOT.ph) There's a new ad for presidential aspirant Davao City Mayor Rodrigo Duterte and we can only guess what inspired it. We don't know about you, but it's a dead ringer for the one released by former Justice Secretary and Liberal Party senatorial candidate Leila De Lima earlier this year. Duterte and De Lima, incidentally, have butted heads before.

The clip, entitled “Ligtas na Bayan,” was uploaded on YouTube by the Duterte Movement on January 27. But hold your horses, Duterte fans. We're just comparing visuals. The similarities may have been purely coincidental due to the theme, which is fighting crime. Watch it for yourself:

Here's the new ad for Duterte:

In the Duterte ad, the kontrabida is a man wearing a cap who is about to prey on a female student going home late at night.

In De Lima's ad, corrupt officials gather in a bar where illegal drugs are also shown.

In the Duterte ad, the man follows the student menacingly and then brings out a foldable pocket knife.

In De Lima's ad, the bad guys stop in their tracks upon noticing her arrival.

In the Duterte ad, jail bars fall out of nowhere and incapacitates the man.

In De Lima's ad, she pulls a chain and suddenly a cage appears and traps the bad guys.

In the Duterte ad, the student is then shown getting home safely and being welcomed by presumably her lola at the door. The lola closes the door and words appear: “Sa ligtas na bayan, panatag ang tahanan.” The image of the now-jailed man is then shown with "Duterte" and "Davao City Ranked 9th Safest City in the World," flashing on the screen. The mayor did not make a personal appearance on the video.

In De Lima's ad, the senatorial aspirant is the protagonist (obviously). There's a voice-over that says “Tumulong na magpakulong ng mga kriminal at corrupt na mga government officials.” De Lima then turns her back to the bad guys and her tagline appears, "Justice without fear or favor." It ends with the words: "Leila De Lima, 'yan ang hustisya."

2016 Elections Ph 2016 Presidential Elections Ph Duterte Duterte Ad Duterte2016 Duterteserye News Political Ads Political Ads 2016
Your Guide to Thriving in This Strange New World
Staying
In? What to watch, what to eat, and where to shop from home
OR
Heading
Out? What you need to know to stay safe when heading out