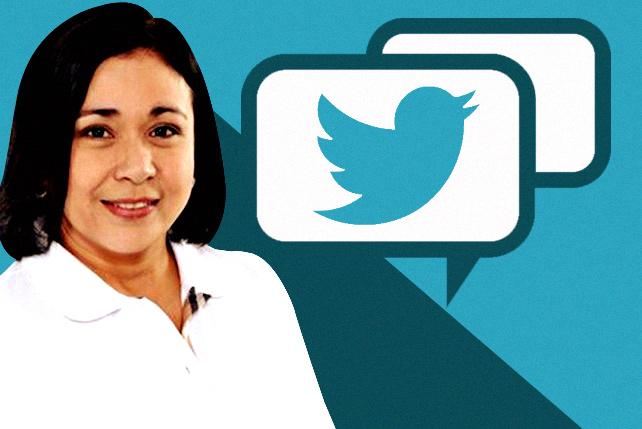 @LovelinessAlma was on a roll during the May 9 elections. 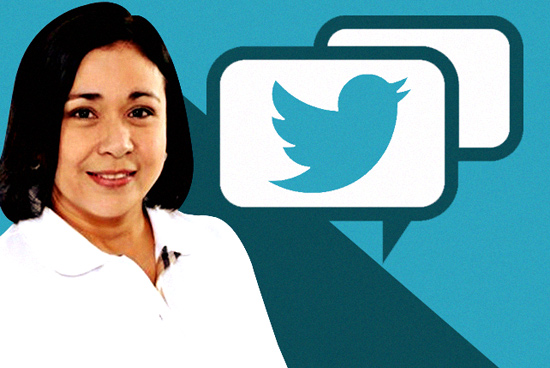 (SPOT.ph) We probably don't need to refresh your memory, but actress and senatorial aspirant Alma Moreno gave an interview in November 2015 that was...awkward, to say the least. It drew flak because of her mind-boggling answers ("Pills!" and "Dasal lang talaga," anyone?), and gave rise to various memes and parodies.

Happily, that interview spawned the Twitter account named "Alma Moreno" (@LovelinessAlma). Not really owned by Alma Moreno, we'd like to specify. But many of "Alma"'s tweets give the real Alma a run for her money, especially the ones the account posted during the May 9 elections.

Check some of them out:

When she knew the chances of getting into the senate were slim:

When she thought of a better system than voting: 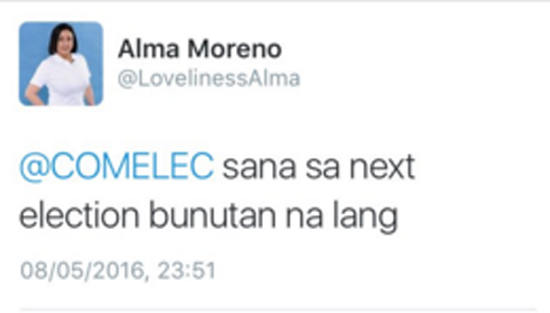 When she needed help and wasn't shy to ask for it:

When the profundity of her epiphany was just too much:

When she believed how much of a reality show Philippine elections can be:

When she was way too eager to dance during the presidential debates: 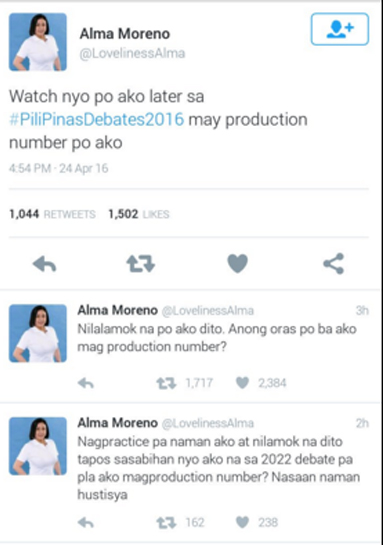 When she hoped for another chance: 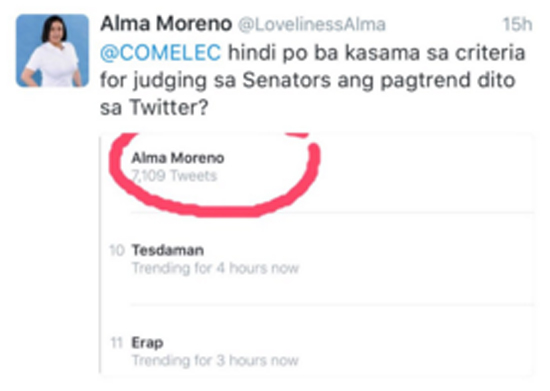 And she kept on hoping: 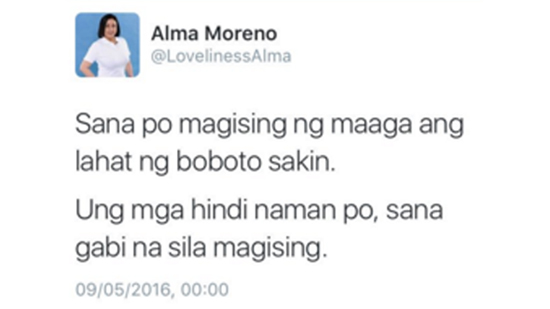 When she set her sights on the VP race: 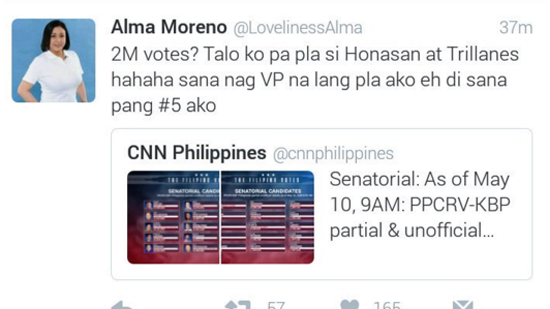 When she had a bit of fun in the face of defeat: 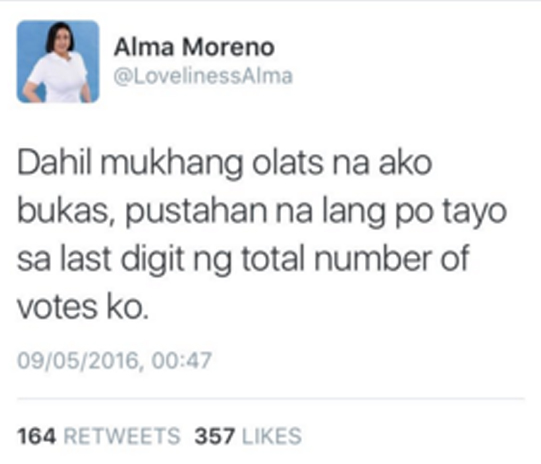 Alma Moreno Parody Social Media Tweets
Your Guide to Thriving in This Strange New World
Staying
In? What to watch, what to eat, and where to shop from home
OR
Heading
Out? What you need to know to stay safe when heading out