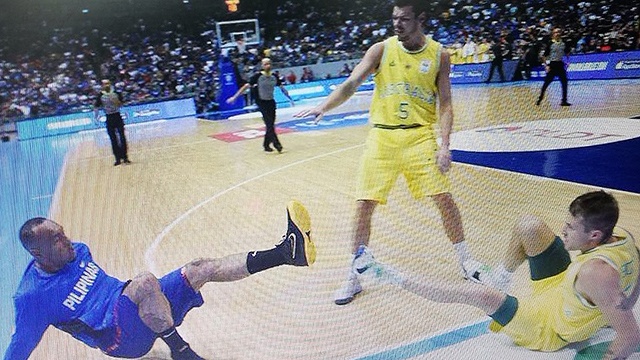 (SPOT.ph) Things took a surprising turn during the highly anticipated basketball game between Gilas Pilipinas and Australia Boomers on Monday night, July 2, at the Philippine Arena when it ended in an ugly brawl. Late in the third period, punches were thrown by members of both teams—resulting in a number of players being fouled out and ejected. Despite this, the game continued until the Philippines only had one eligible player. Obviously, Australia won by default.

As investigations are still underway, the event led to a difference in opinions among Filipinos. Others think that it's just the Gilas players' way of defending their own, while most are appalled at what happened. Meanwhile, there are still some who'd rather keep their cool with some LOL-worthy memes.

It's about time we include Philippine games in the world cup.

Commentator: "This game should have been called. Having 3 players on--

When FIBA is lyf, but ad placement is lyfer.

Better than any computer game.

It's a lose-lose either way.

Talk about watching two sports in one game.

Our concern: Can we still get an Australian visa after this? (Yes, that's a joke.)