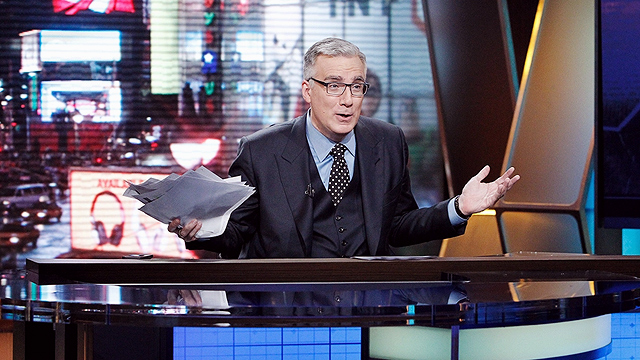 (SPOT.ph) Sometimes, the Twitterverse gives us some of biggest political burns that can get us through the week. It could be a local comedian's fierce tweet about a national issue or a senatorial candidate's snappy comeback. Recently, it's a well-known sports commentator and political writer who gave us a gift that just keeps on giving: Keith Olbermann, in a Twitter post on May 22, seems to have compared Philippine president Rodrigo Duterte to garbage.

His post "Wait—Duterte is shipping HIMSELF to Canada?" is a reaction to CNN Philippines' breaking news, which said that the president is "[ordering] shipping of garbage back to Canada at the Philippines' expense."

This decision comes after the North American country illegally shipped containers of medical waste to the Philippines between 2013 and 2014.

"If Canada will not accept the trash, we will leave the same within the territorial waters or 12 nautical miles out to from the baseline of any of their country's shores," Panelo said in a press briefing on May 22. (Never mind that we already release eight million metric tons of plastics into our ocean annually, right?)

Shortly after the announcement, Canada said that it already hired its own shipping firm to take care of the problem. "The safe and environmentally sound disposal in Canada of the waste material will take place before the end of summer 2019," they said in a statement. Preparation will start soon and will be completed by end of June.

I know you're busy fighting the good fight for the doggos, but I miss your political comments.

Aside from the sarcastic throwdown about the Philippine president, Olbermann also tweets a lot about dogs. We're not saying though that they're connected.