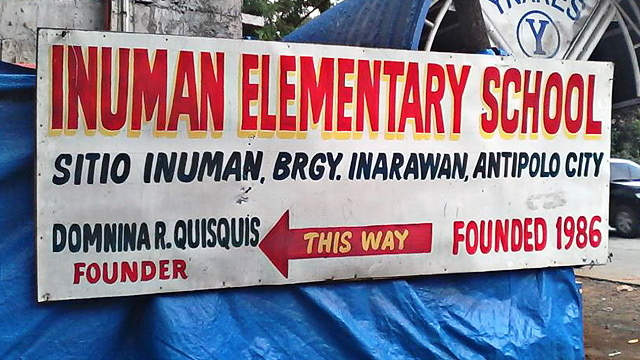 10 Unintentionally Funny Barangay Names From Around the Philippines

Sometimes it's great to get lost in translation.

(SPOT.ph) Filipino culture is hard to define. We’re a mishmash of a million different things, shaped by a rich history and influenced by so many different factors. But there are two things about the Filipino way of life that has stood the test of time: First, the barangay—a system that has been around since before the Spaniards arrived—and second, our ability to find humor in everything. Sure, the two may seem like completely far-off examples, but for this list, we used the Pinoy special power of finding something amusing in anything to gather some of the most interestingly named barangays.

Here are 10 barangays that are sure to stand out from any map:

Near the coast of Ilocos Sur is the quaint and quiet community of Baliw! And while we’re sure the name and its Tagalog meaning have nothing to do with the people who live there, we can imagine how you'd be left wondering about its origin story.

We’re pretty sure you’ve sped right through this community during one of your Tagaytay trips, especially since there are actually three Barangay Kaybagals in the chilly city: a North, South, and East. Barangay Kaybagal South covers a rather wide area that includes the Tagaytay City Hall, and even the stretch of the Tagaytay-Nasugbu Highway that's home to Sky Ranch. Be sure to look for the barangay markers on your next road trip.

We know what you're thinking—we'd be lying if we didn't say we're thinking it, too. This sleepy little community has a population of just around 400 people, according to the 2015 census, so we're sure the name is not as scandalous as it seems. And yes, Bayag Norte would not be complete without a Bayag Sur.

While strictly not a barangay per se, we just couldn't resist putting this sitio on the list. After all, the name makes it sound like this community is a really twisted version of Disneyland—it's the happiest place on Earth, but for a completely different reason.

Yes, we are a bunch of 12-year-olds. But admit it: We know you'd smile, even if it was just a teensy bit, if you spotted this ordinary-looking sign on the way to the white sands of San Vicente or El Nido.

While most barangays are named after something usually found in the area, we certainly think this isn't the case for this community. In fact, this place is known for export-ready handicrafts like rattan, buri, bamboo and metal crafts.

Just imagine sending your kid to the Mababang Paaralan ng Mataas Na Lupa. Elevation in this area is estimated at 140 meters above mean sea level, which probably explains the name. And no, we couldn't find a Barangay Mababang Lupa, in case you were wondering.

You know how sometimes barangays are named after their terrain? Well, Bulacan seems to be mostly flatlands, seeing as it's part of the great plains of Luzon. But then again, they could be pertaining to something other than what our 12-year-old brains are thinking.

Legend has it that Barangay Gaya-Gaya was once called Sitio Pintong Sapang. Reportedly, a man named El Don lived in the barangay and displayed remarkable traits that are worth emulating. When El Don passed away, the wave of imitation continued. If someone put up a store, other residents in the area would follow suit and set up something similar, hence the trend "gaya-gaya."

The signs in this community must be pretty confusing, especially if they were written in English: "Hindi Barangay Hall," "Hindi Elementary School," "Hindi Health Clinic," and of course, "Hindi Barangay." So is it, or is it not? We're confused, too.