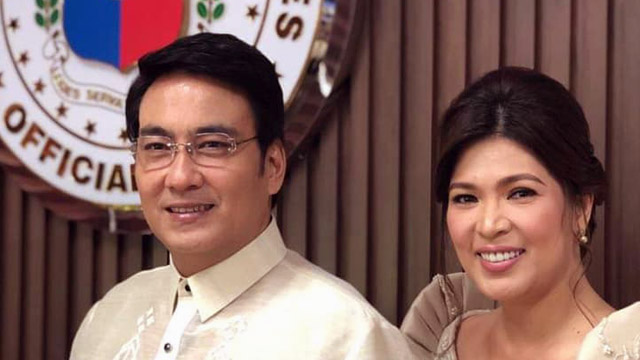 Bong Revilla Is Making a Television Comeback in 2020

(SPOT.ph) If you've heard rumours floating around that Senator Bong Revilla is set to make a television comeback, then allow us to confirm it once and for all: He really, truly is.

You'll be seeing the Senator back on TV in 2020 in a show called Agimat ng Agila. Not much has been said about the show's premise, but based on GMA-7's teaser for their 2020 television lineup, it seems Revilla will portray a forest guardian who has a special connection with eagles—or something like that, who knows.

Before the official 2020 return to showbiz, the senator-slash-actor has noted that his duties to the government will come first. "I am first and foremost a legislator. I know my mandate,” Revilla said, as quoted in an Inquirer.net report. "Wala pong batas na nagbabawal sa pag-aartista," he added.

Revilla was voted into senate during the May 2019 elections, which means that his current term ends in 2025. So that's a few more years of seeing him on TV and in the senate, because we needed one more reminder that our reality is a hair's breadth away from fiction.

A supporter of the death penalty for plunderers, Revilla himself was charged with amassing P242 million worth of kickbacks in 2014, during the height of the Pork Barrel Scam. He eventually walked free, but not before the Sandiganbayan told him to return the money he took—something Revilla claims was never ordered.

Needless to say, some people didn't take too kindly to the news. Check out the most scathing reactions to Bong Revilla's showbiz comeback below:

Even Janine Gutierrez had something to say.