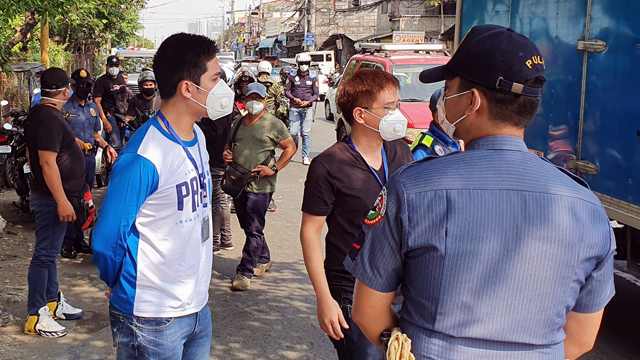 Hopping in on the "comic relief" train.

(SPOT.ph) So, Pasig City mayor Vico Sotto has officially confirmed that he is not a tricycle driver—contrary to a mistaken job description that popped up on a GMA broadcast over the weekend. The mayor was quick to make sure that people—especially the story's producer who posted a public apology on Twitter—knew he was A-OK with the mistake, saying that "Sa panahon ngayon, kailangan din natin ng konting comic relief."

We're not sure if it's mere coincidence or what, but Sotto, mayor of Pasig City (just to be clear), allowed tricycles to continue to operate at the start of the quarantine period. The act—which, according to him, was necessary to help essential workers move around during the transport ban—put the mayor the scrutiny of the National Bureau of Investigation. Apparently, it earned him the title of "tricycle driver," too.

But this isn't the first time people were confused over Vico Sotto's real job description. The mayor was spotted a few weeks back sporting a different uniform:

Nope, that isn't a highschooler's P.E. uniform, that's the Pasig City Street Sweeper uniform. Sotto wore the shirt as he was inspecting checkpoints around the Pasig City area on March 15 at the start of the quarantine period. We're not sure why, but we also don't see why not.

Pasig City, along with Marikina, Valenzuela, as well as Cainta, Rizal and Iloilo City, and lots more, have amped up their response to the pandemic. It might feel like there's less reason to smile and keep fighting these days, but fingers crossed we have more reason for good vibes soon!

Adventurer Savvy Seasoned Pasig City Tpc-000001 Vico Sotto Government New Normal Opinions
Your Guide to Thriving in This Strange New World
Staying
In? What to watch, what to eat, and where to shop from home
OR
Heading
Out? What you need to know to stay safe when heading out