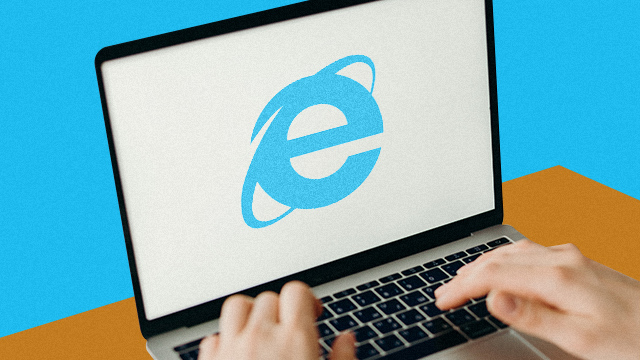 Microsoft is killing the browser for good.

(SPOT.ph) Internet Explorer has been around since Microsoft released it in 1995. It was probably your first ever browser, even before Mozilla Firefox and Google Chrome came around. But Internet Explorer (IE) has been lying in its death bed for a while now, especially when its very own creator released Microsoft Edge in 2015, slowly easing IE users away from the old-school browser. As the last nail in its coffin, Microsoft announced on August 17 that they will soon cut ties with Internet Explorer for good.

Beginning November 30, the Microsoft Teams web application will no longer support IE 11 (released in 2013); after March 9, 2021, the Microsoft Edge Legacy desktop app will not receive new security updates; and by August 17, 2021, all remaining Microsoft 365 apps and services will no longer support the said version of the browser. You can still use IE 11 on Windows 10 but updates will stop eventually...specifically by 2025.

But really, what's there to miss about Internet Explorer?

We round up a few things that you may or may not miss about this good ol' browser:

You can relax while waiting for a site to open

Lorelei Gilmore (of Gilmore Girls) likes her Internet connection slow, "we can turn it on, walk around, do a little dance, make a sandwich." IE is just like that: you can do a little sprint in your living room while waiting for your e-mail to load. And who doesn't like a good workout?

For some reason, old corporate websites have failed to catch up on the wonders of Chrome or Firefox. Or maybe they just want to hang out with tech things their age.

IE didn't catch up to the wonders of modern-coded websites either. As a result, you'd have broken icons or images, text's completely out of place, or an interface that doesn't work.

Internet Explorer's very own developer, Microsoft, confirmed that there's a security flaw in the browser that easily makes it accessible to hackers. They don't even have plans of fixing it, which is something you'd want to hear if you want to live life on the edge.

It has a lot of baggage

Quite literally. The absence of updates and bug fixes means that Microsoft just stopped trying to make IE better. It doesn't only load websites slowly, its high memory usage also makes life harder for the app itself.

For long-time users, it will be hard to let go of this "trusty" browser. But hey, maybe it's time to pivot to something new?

Internet Explorer Microsoft Tech Adventurer Savvy Seasoned
Your Guide to Thriving in This Strange New World
Staying
In? What to watch, what to eat, and where to shop from home
OR
Heading
Out? What you need to know to stay safe when heading out