Follow the steps below to reset your password.
Looks like the email you typed in is already used in these Summit sites:
Cancel
Continue
News + Features Humor

Here's How You Can Tell It's Almost Christmas in the Philippines

No one can escape the holidays. 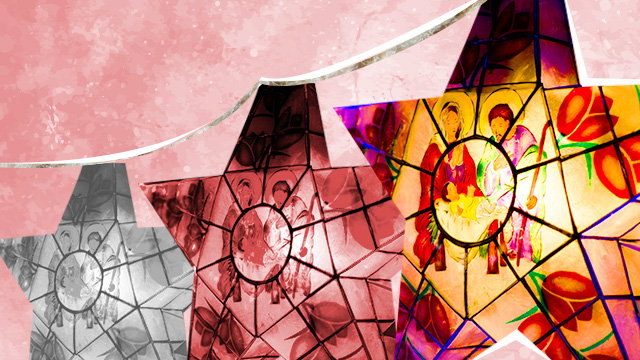 (SPOT.ph) You could say Filipinos celebrate Christmas the same way we play basketball: as if we invented it. We’re probably the only people in the world who refer to a third of the year as the “-ber months,” because of how excited we are for just one particular day in that period: December 25.

Perhaps, we did, in fact, invent some part of it—or, at least, our own holiday traditions. And, over time, we developed habits and cues that have come to define Christmas in our part of the world. The most obvious being the omnipresent musical reminder of “the love we have for Jesus”—by the living legend, Jose Mari Chan.

Here are other telltale signs the holidays—and the holiday craze—are upon us:

The security guards at Landmark start wearing their costumes from The Nutcracker.

Most malls in Metro Manila start dressing their staff in Santa Claus hats as early as October, but Landmark often goes the extra mile with its holiday costumes. Expect to see its security guards dressed as elves and characters from The Nutcracker in the months leading up to December.

The parents of your inaanak (the one you totally forgot about) suddenly care about what you’re up to in life.

The worst part of gift-giving during the Christmas season is having to field the random paramdam from your godchildren and their folks on social media. The replies to the DMs practically write themselves: “Yes, Tita, I won’t forget to bring a gift po. I just don’t think P5,000 is an appropriate gift for a two-year-old. The kid wouldn’t know what to do with it. In any case, I hope Tito won’t hog the lechon at the reunion this year. And yes, I’ll give your regards to Mama and Papa. See you po in December!”

No one ever wants to plan these things. No one. Because no one actually wants to go to them—and Christmas Carmaggedon traffic is always a convenient excuse. Always.

Why must we insist on having dance numbers at every Christmas party? Some even take them seriously enough to rehearse in advance. By the first of December, expect to see random dance rehearsals after hours, everywhere from your office to the foyer of the building you pass by on the way home.

You start looking forward to your lola’s homemade noche buena.

Once you start whiffing the Christmas spirit in the air, you will automatically crave the noche buena and media noche classics that never get old no matter how old you get: lechon, sweet ham, roast chicken, and more lechon. And for dessert, how can you not have creamy fruit salad, Cathedral Window gelatin, and leche flan—the standard family favorites that conjure up an image of your lola in the kitchen surrounded by chopped fruits, eggs, packs of gulaman, cartons of all-purpose cream, and cans and cans of Alaska Classic Evaporated Filled Milk and Alaska Classic Sweetened Condensed Milk.

Now, this is Christmas.