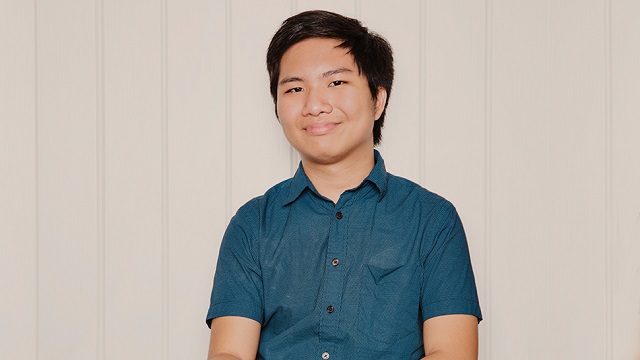 Meet the Pinoy Science High School Grad Who Got Into MIT

A big chunk of Carl Joshua Quines' high school years revolved around math and code. Quines, or CJ as he is known among family and friends, always had a fondness for math but it wasn't until he had enrolled in the Valenzuela School of Mathematics and Science, a specialized public high school, that the passion for problem-solving was fostered.

"In grade school, I was good at math but I was never the best in my class," he tells Town & Country.  He liked math enough to practice it and eventually came to enjoy it. "Why math in particular? I don't know. Why does [Novak] Djokovic love tennis?" he muses.

Quines credits his high school for taking that love for math and honing it. The faculty members at the Valenzuela School of Mathematics and Science (ValMaSci) recognized his interest in math. Moving forward, Quines spent many hours after school in the faculty room, devouring books on Algebra and Geometry and working on old competition papers.

"That was a huge influence [on my] studying on my own, which I never got to do in elementary because I found it slightly easy. When it came to high school, I was challenged and I had to develop how to study something, how to train, how to practice for something and it really helped that there were teachers and mentors who were able to guide me through this process." Quines continued to accomplish so much in his high school years that he finished valedictorian.

In 2017, he and his friend, Michael Sun from China, joined the 2017 Intel International Science and Engineering Fair (Intel ISEF). To their surprise, they went all the way to the finals in Los Angeles, where they eventually took second place for their work on graph theory.

At the time of Town & Country's phone interview, Quines was more than halfway through a summer camp hosted by Boston University called PROMYS, short for Program in Mathematics for Young Scientists. It was a fitting end to his gap year, before heading to college at the prestigious Massachusetts Institute of Technology in Cambridge, not far from Boston.

Quines had his pick of the lot when deciding where to go for university. He initially was accepted to the University of the Philippines and Ateneo de Manila University. But during his gap year, he thought to himself, "Why not take the risk and apply to a bunch of big-name universities" abroad? All he needed to do was put in the work to save up money for the applications, he figured. He modestly confessed he had never expected to get in, but wanted to try anyway, saying, "I guess I was really lucky." Apart from a full scholarship at the Massachusetts Institute of Technology (MIT), Quines also received covetable offers from Duke University, Dartmouth College, and Harvey Mudd College, and was accepted to Stanford University as well.

The eldest of four children, Quines was estranged from his parents at age 18. After graduating from ValMaSci, he took a gap year, which is becoming a popular option for many of the graduates today. For Quines, that time was used productively. He worked on saving up for his college applications and accomplished many of his other passion projects, including the composition of math handouts on his own website.

He took a part-time job at the Art of Problem Solving online school, where he used his knowledge to grade math homework. He also tutored two students, one of whom made it to the International Mathematical Olympiad team. "I was just monitoring his process. I can't take credit for that!" he said.

Apart from math, Quines also has a passion for coding, which started when he was only 12 years old. Like other children his age, he was interested in gaming. "I was interested in making games so I used to make games on Notepad. I would copy off codes online and I would just change a little bit of the pieces back then," he said.

He would move on to more legitimate programs like Python and when he reached the 10th grade, he learned about the National Olympiad for Informatics. Again, Quines' risk-taking qualities got the best of him and he tried out just for the sake of it. "It's basically zero-entry fee and anyone who knew programming and had spare time could join the elimination, so I practiced, I joined, and I made it to the nationals," he says.

He went on to rank second place at the National Olympiad for Informatics (NOI) and also entered the international leg. He's also on the team that is preparing the incoming students for this August. He's been busy writing handouts and assigning homework in preparation for it.

At MIT, Quines intends to take either a computer science or a math course but is keeping his options open. In the future, he sees himself in the academe, pursuing math, or research, or joining the corporate world. Now who's exciting for more astonishing feats from this Bright Young Achiever?