10 Iconic Trends That Are Making a Comeback

Which one are you most happy to see again? Tell us in the comments! 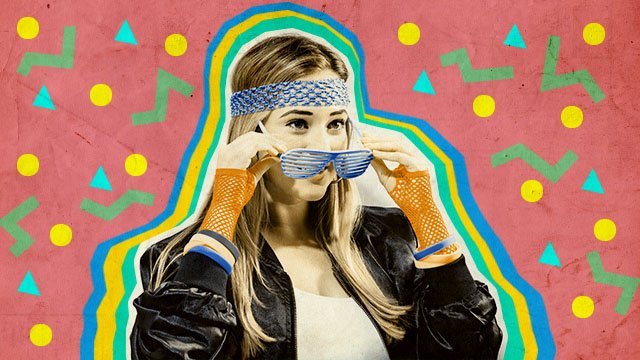 (SPOT.ph) Many may not know it, but many of today's hottest trends originally began in the '80s. Certain movements in fashion, music, film, and even language currently enjoyed by members of Gen-Z were actually hatched in that colorful era. Here are nine classic things from the '80s that are making a comeback!

The decade saw the rise of these waist pouches, which used to come in neon colors and crazy prints. And though you might think the term is funny, when worn the right way, it can be stylish as hell.

If you think lodi, werpa, and petmalu were invented by millennials, think again. The titos you probably think are corny or uncool were way ahead of you in inverting the syllables of words. “Alam mo kung nasa’n sina ermat at erpat?” “Dehins, pare.”

Think “athleisure” is a new thing? These were the perennial OOTDs of '80s hip-hop crews, perhaps because they had certain cool appeal. Today, tracksuits are back as sporty, low-key duds that make a strong fashion statement.

Electro/synth pop is really hot right now, especially with the technology that artists have at their disposal. Kids: Synth = the '80s.

It wasn't all just side ponytails, curly updos, and teased bangs back then. Brushed-back hair was big, too, and today, it's taking over Hollywood red carpets. Sleek, sexy, and clean, it's a 'do that works for all genders!

Many iconic video games were launched in the '80s, and these same titles have returned via modern-day gaming consoles. They even have the same blocky graphics for that nostalgic feel!

Whether it’s the neon-lights trend that's in vogue, lit neon illustrations and designs, or just generally anything brightly colored, there’s always something neon nowadays to bring back that cool, electric '80s vibe.

It’s hard to imagine '80s fashion without the denim jacket. The piece was a style staple back then, often spruced up with sequins, patches, and colorful prints. Fast-forward to 2018: The denim jacket is still cool and is one vintage fashion trend that's sticking around.

People weren't afraid to go full-on sparkle back then, and it seems the kids are bringing this look back. Runway fashion and casual streetwear feature these shiny things, and everyone—from ordinary folks to mega-celebrities—are rocking the look.

The Megastar and the heartthrob were an iconic tandem. The two starred in five films—all of which were blockbuster hits. Now, more than two decades later, they reunite for another blockbuster project.

Cuneta and Concepcion are the latest celebrity ambassadors for McDonald's, and the newest faces of the quick service restaurant's Chicken McDo and World Famous Fries campaign. Why Shawie and Gabby? Because just like Chicken McDo and McDonald’s World-Famous Fries—which are both great on their own—they're even better together as a tandem.

Tell us what you think about McDonald's