5 of the Boldest Eating World Records

Eat your braveheart out. 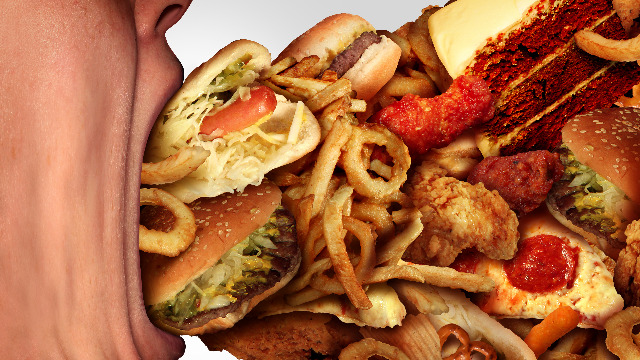 (SPOT.ph) Eating is fun. So much fun, in fact, that we like to challenge ourselves with it. We try to see who can eat the most at a buffet, go on epic food trips, and try out the weirdest things.

But then there are some people who take it to the next level; people who go beyond the limits of human biology to put their teeth to the test. These people are the bold, the brave, the hungry – and here are some of their greatest achievements.

Most Pizza Eaten in 10 Minutes

Everybody loves pizza, but probably not as much as Joey Chestnut. Chestnut joined a New York pizza-eating contest and promptly proceeded to down 45 slices (that’s more than 5 WHOLE pizzas!) in 10 minutes. After winning the contest and setting the world record, he joked that he was “probably going on a liquid diet” for a few days. We can’t blame him – that must’ve been exhausting for his jaw muscles!

Most Ghost Peppers Eaten in 2 Minutes

The Bhut Jolokia pepper, more commonly known as the ghost pepper, is one of the hottest peppers in the world. How hot is it? On average, a ghost pepper measures 1,041,427 Scoville Heat Units. That’s more than 50 times hotter than a jalapeño! So when Jason McNabb ate 66 grams (roughly 10 peppers) of the stuff, you have to imagine how tough his gums and tongue must have been to withstand the heat.

Fastest Time Eating Half a Pound of Cheese Curds

Cheese curds are rubbery, squeaky bits of cheese made on the fly by cooking soured milk with a clotting agent. It’s not as gross as it sounds (or looks), as Tim Swokowski, who ate half a pound of curds in just 1 minute and 46 seconds. JSYK, he did not sit on a tuffet as he ate them.

Most Cow Brains Eaten in 15 Minutes

Takeru “Tsunami” Kobayashi is a legend in competitive eating circles, holding numerous world records to his name. The boldest one, however, has to be the time he ate 17.7 pounds of cow brains – a delicacy in many parts of the world – in just 15 minutes. If you are what you eat, that must make Kobayashi a very smart cow.

Most Lobsters Eaten in 12 Minutes

Lobsters are notoriously difficult to eat, so when Sonya “The Black Widow” Thomas cracked open and devoured 44 WHOLE Maine lobsters in a speed-eating competition, she proved that she had both the appetite and the strength to win. To make things even more impressive, the 11.3 pounds of seafood she devoured weighed more than 10% of her 98-pound frame.

If there’s anything these feats of feasting can show us, it’s that you can eat virtually anything you set your mind to – as long as you’ve got the appetite, the drive, and teeth and gums that can withstand the workout.

Listerine can help you strengthen your gums and teeth with its powerful germ-fighting ingredients, allowing you to eat anything you want. If you’re feeling especially emboldened, we’d like to invite you to upload a Facebook video of yourself eating an equally bold food choice and share it with Listerine via the hashtag #BringOutTheBold.

Why? Because you could win an epic food trip with Anne Curtis!

5 lucky winners will get to travel with Anne to key cities in the Philippines for bold food adventures and delicacies, plus a 5000-peso gift pack from Johnson & Johnson. The deadline for submissions is on July 2, so grab a camera, ready those healthy gums and teeth of yours, and get snacking!