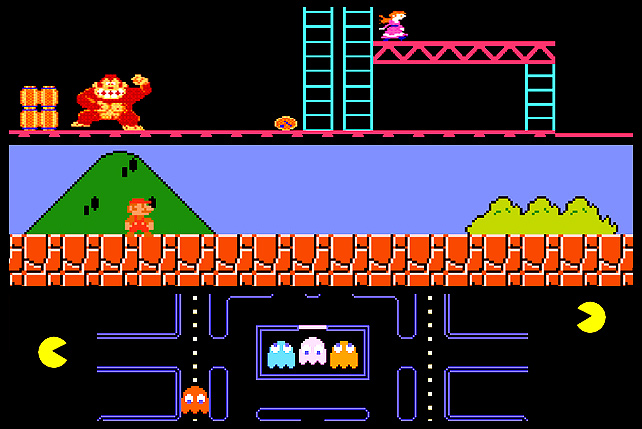 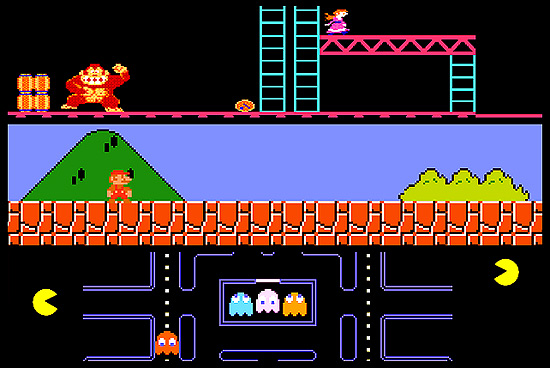 (SPOT.ph) Long before the undead battled a horticultural army in a backyard skirmish in Plants Vs. Zombies and an avian mutation flew headfirst into pipes in Flappy Bird, we had these old-school games to keep us entertained. It's time to crank up your nostalgia filter to 11 and relive the glory days of your childhood as we rank the best-for us, anyway-retro games.

Did we leave out any of your favorite games from the era? Then sound off your gamer feels (and rage) in the comments below. What's on your top 10 list?

The premise of helping a group of frogs cross a busy highway one at a time sounds lame on paper. But upon playing this arcade game by Konami, you realize how much of an adrenaline rush you'll get just by avoiding 8-bit trucks and hopping on logs. Who knew spending all that time playing this game back then would prepare us for adulthood and the real world? And by that, we mean crossing the IRL Frogger obstacle course that are the deathtrap roads of Manila.

The granddaddy of video games! This virtual game of ping-pong was the very first game released by Atari and it kickstarted the whole arcade gaming craze in the '70s to early '80s. (It certainly took a lot of imagination for kids to pretend that two lines and a moving square were paddles and a ping-pong ball.) Heck, it was such an iconic part of the '70s that it even made a cameo in X-Men: Days of Future Past (Remember Quicksilver's basement?) to further establish the setting.

The first thing old-school gamers think of when Contra is brought up: The Konami code. Punching in that iconic cheat code up, up, down, down, left, right, left, right, B, A, gives 30 extra lives in the game.  And boy, do we need those extra lives 'cause this action-packed, testosterone-fueled game is known for being notoriously difficult. Think of it this way: Every other pixel character that moves in Contra is out to get your one-hit-kill ass.

A laserdisc (yeah, remember those?) video game set during Medieval times and starring a bumbling knight, a bikini-clad princess (historical accuracy wasn't one of their strong suits), and, of course, a fire-breathing dragon. Dragon's Lair made us feel like we were playing through an animated film, thanks to its interactive FMV-style gameplay. Don Bluth, of An American Tale, The Secret of NIMH, and Anastasia fame, was responsible for the game's superb and seamless animation.

Taito's Space Invaders made us feel like totally badass pilots protecting Earth from some nasty aliens by going "pew, pew, pew" with our virtual shooters. It was the very first shoot-em-up game released and still remains one of the best and most iconic. You'll be hardpressed not to geek merchandise that has the Space Invader alien slapped on the front.

An ape with anger issues, a damsel in distress, and a relatively unknown pixel actor who will later on become a household name worldwide-these are the 8-bit characters that make up Donkey Kong. The classic arcade game stars Mario in his first-ever role, though under his former alias, Jumpman. The rules are simple: Save Pauline from the titular Donkey Kong by climbing up multiple ladders while dodging barrels headed toward you. And occasionally go on a violent barrel-smashing spree once you've gotten hold of the hammer power-up. (Although we don't see any reason why Mario didn't just use that hammer to knock the ape unconscious.)

The onomatopoetic "waka, waka, waka" sound that Pac-Man makes harkens back to a simpler time in our lives. Back then, our greatest achievement was successfully guiding a yellow blob to gobble up dots to advance to the next game level. The Namco game is currently on display at the Smithsonian Institution (along with Pong and Tetris ). The game's also been included in New York’s prestigious Museum of Modern Art.

"It's dangerous to go alone. Take this!" Shigeru Miyamoto created this top-down hack-and-slash adventure game by taking inspiration from the forest and hillsides of his native Sonobe, Japan. Unlike its "contemporaries," The Legend of Zelda wasn't just a point-A-to-point-B streamlined affair. Instead, Zelda offered the freedom of exploration. As Link, you were able to enter caves and dungeons, uncover hidden passages, climb hills, and more before reaching your destination. And bonus points for being able to wield a pretty freakin' awesome sword.

The definitive example of an addictive puzzle game! Who hasn't heard of Tetris? Since its launch in the mid-'80s, this game has spawned countless bootlegged versions. Developed by Alexey Pajitnov (during Russia's Soviet era, mind you), it consisted of arranging different tetromino shapes into a horizontal line. Gamers and non-gamers alike would agree that prolonged Tetris-playing develops into a borderline obsession- it's still playing in your head even as you go to sleep! And really, nothing else can compare to the joy of seeing that ubiquitous "I" block drop down like sweet manna filling that space in your row of blocks. Oh, and the song playing in the background while you're puzzle-grinding? It's a 19th-century Russian folk song called "Korobeiniki," or more popularly known as "Music A" among gamers.

It's a-him, Mario! The mustachioed face that launched a thousand spin-off games, parodies, ROM hacks, and merchandise. And almost three decades later, the Nintendo mascot's fandom is still going strong, as shown by the recent craze over the Mario toys bundled with McDonald's Happy Meal. The platform game was created by Shigeru Miyamoto and had an LSS-inducing soundtrack arranged by Koji Kondo. (See SPOT.ph's Top 10 Video Game Music Themes.) Stomping on those mushroom-like Goombas, hitting blocks, and sliding down pipes just to get to the other end of the stage-what's not to love? We could probably play World 1-1 on loop and still be entertained. Was there ever any doubt that this Italian plumber would top our list?

Museum Of Modern Art Nintendo Retro Video Games
Your Guide to Thriving in This Strange New World
Staying
In? What to watch, what to eat, and where to shop from home
OR
Heading
Out? What you need to know to stay safe when heading out