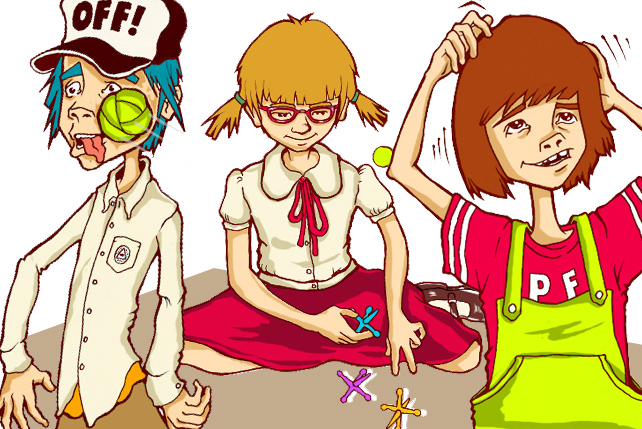 10 Games We Used to Play During Recess

Sometimes, we wish we could play them in the office. 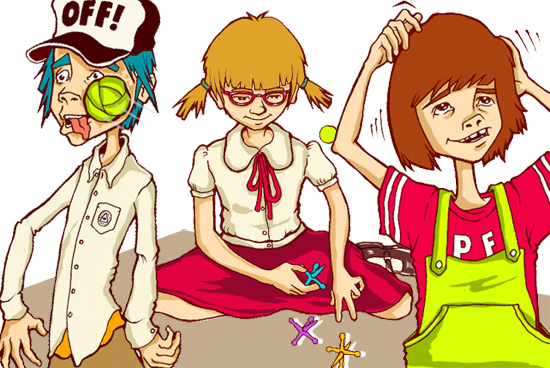 (SPOT.ph) (P)ompyang! Sino’ng taya? Who didn’t start the 15- to 20-minute break this way? Admit it, recess was your favorite subject in grade school. Not only was talking allowed, playing was allowed, as well. And boy, did we maximize that short time with a lot of playing.

We listed some of our favorite recess games (tell us yours in the comments section). Now how to start doing these in the office... 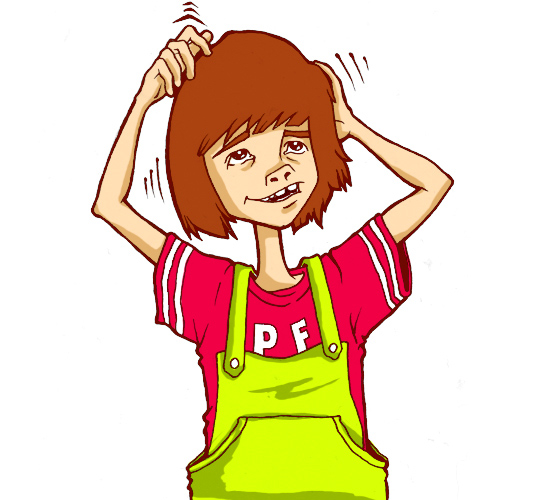 Shake, Shake, Shampoo; Saksak Puso; and other variations of tag

Chasing one another is such a simple game, which is probably why children make creative revisions. A more popular one is Shake, Shake, Shampoo. Whoever the "It" or taya touches has to pretend to have an itch (er, lice, maybe?). A non-infected player has to "disinfect" the shaking teammate with "shampoo" by tagging him/her again. Other variations of freeze tag are Saksak Puso and Monkey Monkey. 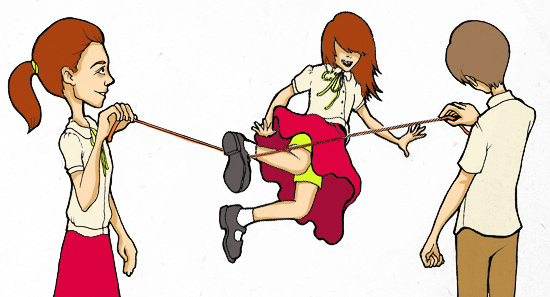 A chain of rubber bands (or a long string of white garter), an infinite amount of fun. Divide yourselves into two teams (at least two players on each) and take turns jumping over the rubber fence. The higher your jump, the higher the obstacle until you're "out." That's when the other team gets a turn. Other rubber-band rope games include "One by One" and "10-20," but Chinese Garter was the best. 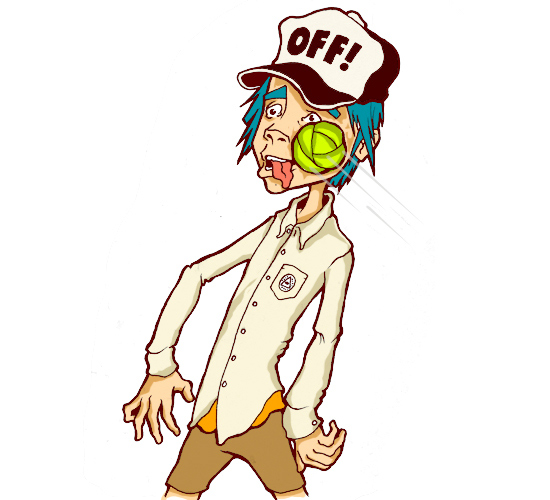 Spare handkerchief? This is dodgeball for those don't have the exact tools, but are resourceful enough to look for another method. A balled-up handkerchief takes the place of the rubber ball (much less painful and classroom-friendly, too!). The rules are simple: avoid it! A variation of this is sliding coconut husks across the floor. 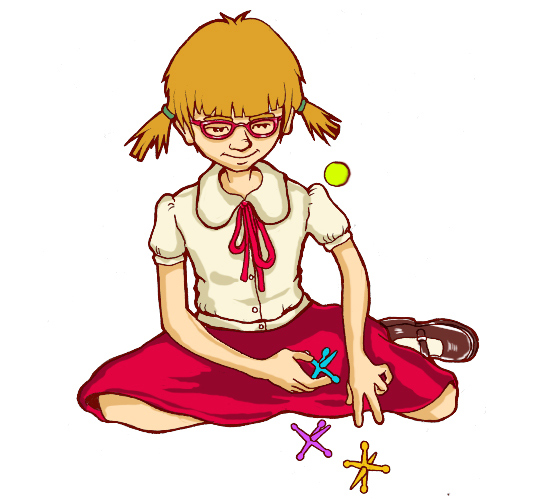 Simply known as "jacks" in other countries, this game dates back to as early as ancient Greece! Though there are some variations, the rules are generally the same: tossing the ball, picking up a certain number of jacks, then catching the ball after the first bounce. Remember to hide them before the teacher catches you! 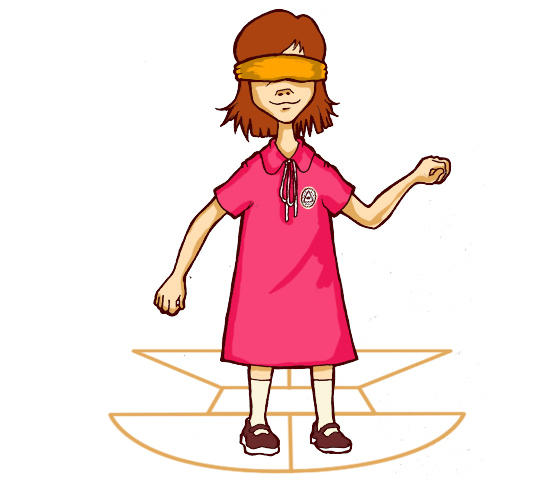 Because plain old hopscotch is much too simple, try playing it the daredevil way-with a blindfold. Don't worry though, your friends will guide you. You have to step on every box, and they'll say "yes" if you've touched a line, and "no" if you're successful. 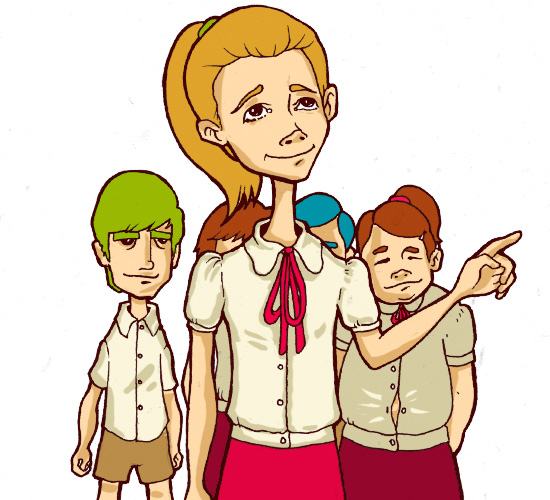 If you get confused about using "can" or "may," remember this game. Assign a mother (or a father) and the rest of the players will be children. The mother and children have to be several meters apart, with the mother's back turned from the children. Each child will take turns asking the mother if they can move forward by specifying a type and number of steps. For example, "Mother, may I take five baby steps forward?" Remember, you have to say "Mother, may I..." or it doesn't count. The mother has the choice to allow the move or reject it with a different command-which is usually towards the opposite direction. The first person to reach the mother will play the mom in the next round. 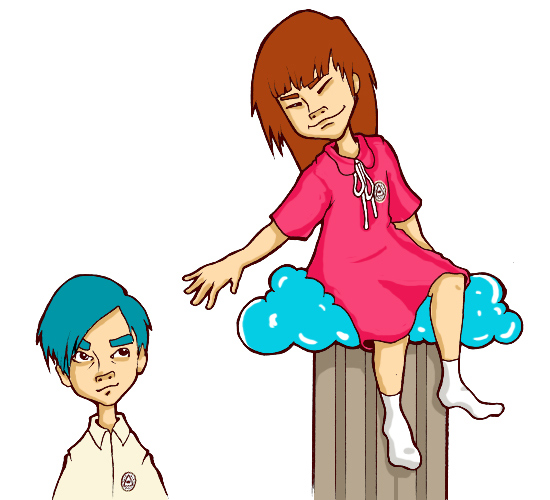 A child's concept of heaven and hell takes the form of a game: one person, whoever is It, has to pull down his/her taunting classmates from "heaven" or a platform. Whoever gets dragged down is the new It. Remember to chant this along: "Langit, lupa impyerno, im...im...impyerno / Sak-sak puso tulo ang dugo / Patay, buhay, umalis ka na sa pwesto mo!"

Now that we think about it, it's a little creepy for a kids' game. 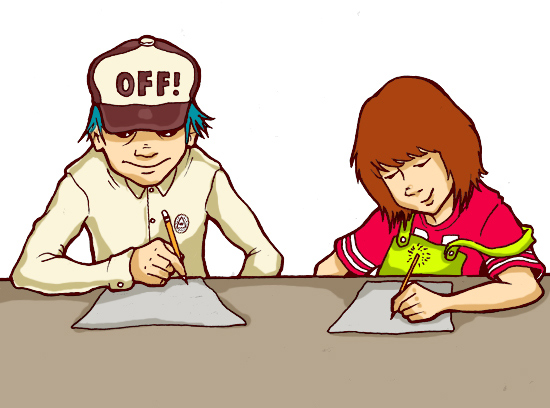 The game for nerds, Time's Up is a speed quiz game. Each round consists of competitors filling up four columns-Name, Thing, Place, and Animal-for every letter of the alphabet. It usually starts with A up to Z. The first person to complete the assigned letter wins that round. Make it harder by banning Quail and Zebra for letters Q and Z. 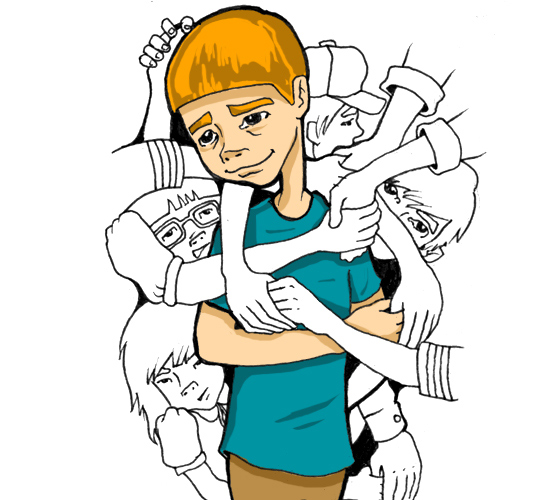 This game is the reason we came home with bruises on our arms. Three or more players face each other and hold hands in a circle, then they proceed to tangle and knot each other in the most complicated contortions (it's like twister, but sans the polka-dotted board). One person, Dr. Quack Quack, has to unravel this multi-human pretzel without breaking the chain. Once the players are back to their original hand-holding position, Dr. Quack Quack has to loosen their grips (this game actually really hurts) and break the circle. Once free, players have to run away because whomever Dr. Quack Quack tags becomes his/her replacement. 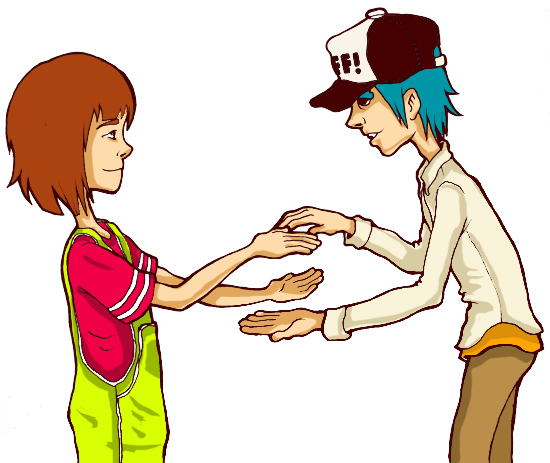 Apple Kiss, and other clapping games

Apple, Apple, Kiss is a favorite because you can play with more than two people. The game can go on forever, but this video shows a pretty cute example. Other clapping games include Nanay Tatay, Leron-Leron Sinta, and Bahay Kubo. There's also the infamous Si Nena, whose life is documented via clapping-from birth to puberty to motherhood to death to her turning into a ghost.

*There may be variations of these games per generation, per school, or per region.