Read a sneak peek of George R.R. Martin's new Game of Thrones book + more things you might have missed today
Loading
Already a member? Log in
No account yet? Create Account
Spot.ph is your one-stop urban lifestyle guide to the best of Manila.

Read a sneak peek of George R.R. Martin's new Game of Thrones book + more things you might have missed today

The Palace blames the media for P-Noy's low ratings, a new comic book crossover, and more. 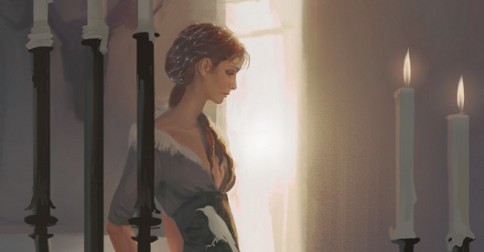 Heads up, Thrones fans! Fantasy novelist George R.R. Martin has unveiled a new chapter for the highly anticipated follow-up book in his epic series entitled A Song of Ice and Fire. The new chapter is an excerpt from the sixth installment which will be reportedly called The Winds of Winter. Read the full chapter here.

2. A Star Trek and Green Lantern crossover is coming in July

A six-part comic book mini-series is coming this July, and it involves the crew of the USS Enterprise and DC Comics' Green Lantern crossing paths. The series will be titled, Star Trek/Green Lantern: The Spectrum War.

Get ready to collectively say awww. Beyonce has released a new romantic piano ballad as she celebrates her seventh anniversary with husband and rapper, Jay Z. The song is exclusive to the new (and paid) music streaming service Tidal, owned and spearheaded by Jay Z himself.

Rolling Stone magazine has apologized and retracted its discredited 2014 article about an alleged gang rape at the University of Virginia. The publication undertook an independent review of their handling of the story, which concluded that their article was a "story of journalistic failure that was avoidable."

5. One Direction opens up about Zayn Malik's departure

The four remaining members of One Direction have finally opened up about the controversial departure of Zayn Malik from the band just weeks ago. "It’s been a tough few weeks, probably the toughest since the band was formed five years ago," said member Liam Payne. "We’re gutted that Zayn chose to leave, but now after a few performances as a four-piece, we’re feeling confident and are determined to carry on stronger than ever."

The House of Representatives is set to resume its hearings on the Mamasapano operation on Tuesday (April 7). Ninety lawmakers approved the resumption of the probe, but the House earlier stated that President Benigno Aquino III will not be invited to the hearings.

Ayala Corp. has expressed interest in the proposed P15-billion development of the Ninoy Aquino International Airport (NAIA). The development plan aims to meet the standards set by the International Civil Aviation Organization (ICAO).

The Palace is now blaming media reports on the Mamasapano incident for P-Noy's low satisfaction ratings, which sunk from a "good" +39 in December to a "moderate" +11 in March. The new ratings are the lowest of his term. The Palace also pointed out that the same Social Weather Stations (SWS) poll also said that 50% of Filipinos oppose calls for the President to resign.

9. 10 Makeup Hacks That Will Change Your Life

Yes, makeup can often be a lifesaver but it also eats up a lot of your budget. We give you 10 awesome makeup hacks that will help you make the most of your purchase.

10. 10 Cool Places for Your Cold Cravings This Summer

Feeling the summer weather? Trust us, ice cream and milkshakes will do wonders. We give you 10 cool ways to beat the heat in the metro.