A case that turns your iPhone into a Game Boy, <em>yaya</em> meals are only an "option," and more. 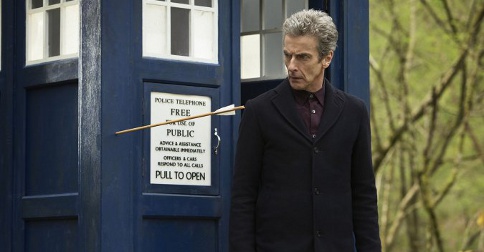 1. Doctor Who set to stay on air for another five years

Whovians, rejoice! Doctor Who executive producer Steven Moffat has announced that the series will stay on air for at least another five years. The new season is currently being filmed, and Game of Thrones star Maisie Williams is slated to guest star.

She may be the central character of the show, but actress Nina Dobrev has announced that she will be leaving The Vampire Diaries at the end of the currently airing sixth season. Her co-star Michael Trevino may also exit by the end of the season.

The Light Rail Transit (LRT) lines 1 and 2 will be offering free rides to Filipino veterans from April 7 to 11. However, veterans must present their respective Philippine Veterans Affairs Office (PVAO) idenitification cards to avail. The free service coincides with Araw ng Kagitingan on April 9.

4. An iPhone case turns your device into a working Game Boy

What started as an April Fool's gag is now a reality. Owners of the iPhone 6 can look forward to a phone case that allows them to play Nintendo's Game Boy games on their smartphones. So far, no release date has been set.

5. Bianca King says Dennis Trillo broke up with her over text

Actress and TV host Bianca King said Monday that actor and now ex-boyfriend Dennis Trillo ended their relationship via a text message. She also said that it took her a month to get over the breakup in late 2012.

6. Balesin says that the yaya meal is "only an option"

In a statement posted on Balesin Island Club's Facebook page, CEO and Island Director Mike M. Asperin clarified that the "yaya's meal" will never be served unless instructed by the guest. He added, "If the guest or member chooses to have the Club serve the 'yaya' tenderloin steak and lobster thermidor, we will gladly serve it to the yaya [...] Any talk of discrimination is inappropriate."

The Commission on Elections (COMELEC) will be testing the proposed touch screen voting system or the Direct Recording Electronic (DRE) system for the upcoming 2016 national and local elections. The public bidding for the lease of DRE machines is suspended while pilot testing is ongoing.

Senator Pia Cayetano is looking to increase the maternity leave period to 90 days for married or unmarried female employees in the government and private sector, with an extendable option of 30 days without pay. The proposed measure also promises security of tenure to those who avail of the extended 30 days.

Headed to the south? We show you that there's more to Parañaque City than meets the eye...all for just P800!

10. 10 Lies We Frequently Tell Ourselves

Sometimes, lies are told to make people (or in this case, ourselves) feel better. From breakups to resolutions, here are 10 lies we frequently tell ourselves.