Coco Martin and Angel Locsin are working together for the first time + more things you might have missed today
Loading
Already a member? Log in
No account yet? Create Account
Spot.ph is your one-stop urban lifestyle guide to the best of Manila.

Emma Stone and Andrew Garfield are "on a break," nominees for the Billboard Music Awards, and more. 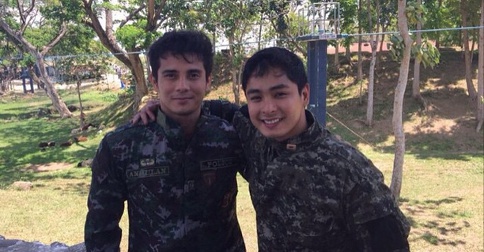 (SPOT.ph) Busy day, Spotters? We quickly recap 10 things you might've missed while you were off the radar.

1. Coco Martin and Angel Locsin are working together for the first time

Coco Martin and Angel Locsin are set to work together for an upcoming Maalaala Mo Kaya episode on the life of one of the fallen Special Action Force commandos. The episode is set to air at the end of the month, but Martin says he hopes to work with her again in a teleserye or a movie.

3. Emma Stone and Andrew Garfield are reportedly "on a break"

Reports say that cute celebrity couple Emma Stone and Andrew Garfield are "on a break" but they do not appear to have officially split up. Rumors swirled after Stone showed up in major award show red carpet without her Amazing Spider-Man co-star. The last time the two were seen together was for at a Birdman event on January 5.

Taylor Swift is just one of the many artists nominated at the 2015 Billboard Music Awards, racking up an impressive 14 nominations in 13 categories. She's followed by Sam Smith with 13, Iggy Azalea with 12, and Meghan Trainor with nine. Finalists are based on album and digital song sales, radio airplay, streaming, touring, and social media interactions.

5. Android users are first to try the latest Instagram features

Users of Android devices will be the first to try the newest set of photo editing features from Instagram, which include Color and Fade options. The iOS version will be "available in a few days."

President Benigno Aquino III has officially declared 2015 as "Visit the Philippines Year" (VPY) through a presidential proclamation signed on March 31. This mandates concerned agencies to submit their list of events and activities to the Department of Tourism (DOT) and to use the so-called VPY 2015 logo in their promotional materials.

7. Pangasinan solon: My questions were for "comic relief"

Pangasinan Representative Kimi Cojuangco said Wednesday that she was trying to provide "comic relief" with her questions during the House of Representatives' Tuesday hearing on the Mamasapano operation. Cojuangco addressed Philippine National Police Officer-in-Charge (PNP OIC) Leonardo Espina with the question "Don't you feel like resigning" at the hearing, then later clarified her position via her Twitter account.

8. Purisima firm on not allowing lawmakers to access his phone records

For many of us, seat sales and sudden long weekend announcements mean one thing: a quick impromptu vacation. From the food to the peace and quiet, we give you 10 reasons why we almost always love heading to the province.

10. 10 Awesome Presidents We Never Had

The government wasn't always so bad. We've had some good apples in the bunch. Some of them ran for office...only to lose. While others were gone too soon. Here are 10 of the best leaders that got away.