Ping Lacson is eyeing the presidency, there will be no extensions for filing taxes, and more. 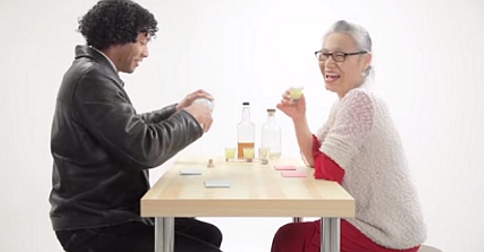 On Friday, Taylor Swift told her fans (through a blog post) that her mother was diagnosed with cancer. She said that she wanted to keep details private, but added that her mother "wanted her fans to know what was going on." She also encouraged fans to remind their parents to get check-ups.

3. Rumors say Toni and Paul will marry on June 12

Director Paul Soriano didn't entirely confirm that he and fiancee, actress-slash-host Toni Gonzaga will tie the knot on June 12. He did, however, say that the date is a "significant day" for them as it also happens to be their anniversary. The two have been together for eight years.

According to reports, actress Ai-Ai delas Alas will be making the move from ABS-CBN to GMA 7 with four projects already lined up for her, including: a daily talk show and a sitcom with Vic Sotto. The comedienne also hinted at the big move on her Instagram account, saying, "I was a loyal soldier—at napakalaki ng utang na loob ko sa ABS pero minsan work lang 'to."

Hillary Clinton is expected to announce her campaign for the Democratic presidential nomination in 2016 this weekend. Reports say that she will make her announcement through social media which will then be followed by campaign travel.

6. Ping Lacson eyeing the presidency in 2016

Former Senator Panfilo Lacson announced Friday that he was considering another run for the presidency but clarified that his final decision depended on his ratings as a presidential candidate would go up in the coming months. “While I'm rating very high in the senatorial surveys (58.3% as of the latest Pulse Asia survey), the same amount of support and approval do not seem to resonate in the presidential survey," he said.

7. Despite glitches, no extension on deadline to file ITRs online

The Bureau of Internal Revenue (BIR) on Thursday said it will not be extending the deadlines for taxpayers who will file their income tax returns (ITR) online under the bureau's new Electronic Filing and Payment System (eFPS). BIR Deputy Commissioner Nelson Aspe pointed out that taxpayers have been "given enough time" to file online, thus the alleged recent glitches in downloading and in filing online ITR forms "should not be used as an excuse for missing the April 15 deadline."

U.S. President Barack Obama said Washington is concerned China is using its "sheer size and muscle to force [smaller] countries into subordinate positions." The statement came after Beijing gave a detailed defense of its creation of artificial islands in the contested waterway.

There are many roads to take when trying to get over an ex and while it doesn't always happen in the same order, the stages are always the same. Which stage are you on?

10. 10 People Who Should be Banned From Public Transportation

Yes, the traffic is bad in Manila, but you know what is equally as hellish? Sometimes, it's the people. From manspreaders to people who cut in line, here are the 10 people who should be banned from public transportation.