Grace Poe catches up to Binay in polls predicting 2016, 21 nods for PH in an international film fest, and more. 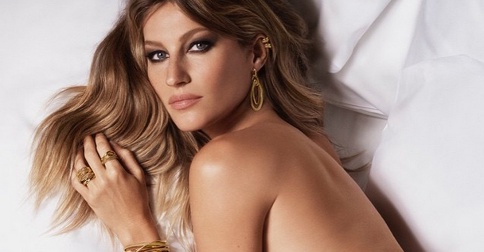 Brazilian supermodel Gisele Bündchen has announced her retirement from modeling on Wednesday after 20 years in the business. She clarified, however, that she plans to continue working in "other facets" of the fashion industry.

2. Watch a hilarious compilation of reporters bursting out laughing on TV

If you're having a bad day, we suggest that you press "play" on the video above. It's a 10-minute compilation of reporters laughing uncontrollably on live TV. Laughter is contagious.

3. You can now link your Instagram photos to Tinder

If you've always wanted to woo a potential date with your amazing Instagram photography, now you can. The latest update allows users to link their Instagram accounts to their Tinder profile, and will be able to display the 34 most recent photos.

Marian Rivera may have just announced her pregnancy, but she assured fans that her new soap (where she will play a bisexual character) is still pushing through. She will, however, be taking a leave from hosting Eat Bulaga.

Comedienne Ai-Ai delas Alas is officially a Kapuso! She signed an exclusive two-year contract with the network, and is reported to be set to star in a soap opera, a Sunday show, a morning show, and a remake of Let the Love Begin, a film that originally starred Richard Gutierrez and Angel Locsin.

The Philippines has scored 21 nominations in the Madrid International Film Festival, set from July 3 to 11. Gabriel Fernandez’s Mana earned seven nods, including best film, director, and lead actress in a foreign language film (Cherie Gil). Other nominated films include Ekstra, Gemini, and Kamkam.

Senator Grace Poe surged in the latest Social Weather Stations (SWS) presidential survey, catching up to Vice President Jejomar Binay, who remained in the lead. Poe went up from 21% in December to 31% in March—only 5 percentage points lower than Binay.

A second petition against the controversial K-12 Program has been filed with the Supreme Court (SC) by a group of unversity professors, party-list lawmakers, and student activists. The group petitioned against the Commission on Higher Education/CHED Memorandum Order (CMO) which abolishes mandatory subjects such as Filipino language, Literature, and Philippine Government and Constitution from the current curriculum of tertiary education.

There used to be a time when Facebook, Twitter, and Instagram didn't exist. We look back at the things we used to do back in the olden days of dial-up connections, from "testis" on Friendster to joining mailing lists.

Keep cool this summer with our list of the best soft-serve ice cream in the metro. Best of all, they won't break the bank so you can have as much as you want (or need).