Ryan Gosling is in talks to star in the Blade Runner sequel + more things you might have missed today
Loading
Already a member? Log in
No account yet? Create Account
Spot.ph is your one-stop urban lifestyle guide to the best of Manila.

Espina resigns, a Filipino scientist has been recognized for his natural disaster research, and more. 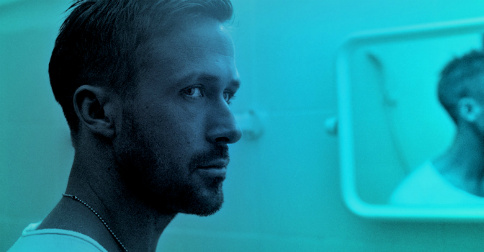 (SPOT.ph) Busy day, Spotters? We quickly recap 1o things you might have missed while you were off the radar.

1. Ryan Gosling is in talks to star in Blade Runner sequel

After rumors of potentially starring in a romance alongside Emma Stone, Ryan Gosling is now reportedly in talks to star in the upcoming Blade Runner sequel. Harrison Ford will reprise his role as Rick Deckard, and the story takes place several decades after the original film.

What started as an emotional and heartfelt Instagram post on motherhood by Cristine Reyes quickly became the center of attention after fans noticed similarities to an ad done by a website called Boba.com. Cristine's Instagram now has a heavily edited version of her original post, but she hasn't acknowledged the similarities outright.

3. Ryan Cayabyab not expecting to be named National Artist

Despite a clamor for composer and musician Ryan Cayabyab to be honored as National Artist, he admitted that he hasn't thought about it. "Whatever happens, I’m very happy, but like everything else, we do not expect," he said.

4. Kanye West is one of TIME's 100 Most Influential List

The annual Most Influential People list is finally here! This year, TIME magazine named controversial rapper Kanye West as one of the most influential people under the "Titan" category. He is featured in one of five covers set to be released this week. Other celebrities who made the list include his wife Kim Kardashian, Taylor Swift, Julianne Moore, and Bradley Cooper.

Alfredo Mahar Lagmay has been lauded for his work as the Executive Director of the Department of Science and Technology’s (DOST) Nationwide Operational Assessment of Hazards (NOAH) project. The European Geosciences Union (EGU) awarded him the 2015 Plinius Medal for his research on natural disasters in the country, including typhoons, earthquakes, and volcanic hazards.

Following the death of two people for drinking milk tea, the Manila City government has ordered the inspection of food establishments along the University Belt. It was reported that Manila City Vice Mayor Isko Moreno ordered the Bureau of Permits to visit food stalls and fast-food chains to "ensure that they have the necessary documents required for them to operate."

Senator Sonny Angara wants the system for filing taxes in the country simplified, following the controversy surrounding the Bureau of Internal Revenue's electronic filing system. He cited a report from the World Bank that shows Filipinos take an average of 193 hours or eight days to file taxes. This was much slower compared to other Asian countries, including Cambodia's 173 hours and Singapore's 82 hours.

President Benigno Aquino III on Friday confirmed that Philippine National Police (PNP) officer-in-charge Leonardo Espina has resigned, but "cannot accept" it until he has found a replacement. P-Noy said interviews for potential candidates have already begun, but the new PNP head will likely be appointed by the end of the year or early 2016.

The food court is a reliable spot for a quick, budget-friendly meal or if you want to check out different takes on Filipino fare. We looked around to see what else food courts have to offer.

Sometimes, girlfriends say things they don't exactly mean. We decode what women really mean when they say things like "It's okay" and "have fun."