10 Things We Learned From the "Interrupted" Salutatorian's Full Speech on Bottomline
Loading
Already a member? Log in
No account yet? Create Account
Spot.ph is your one-stop urban lifestyle guide to the best of Manila.

Krisel Mallari gets her moment, care of Boy Abunda 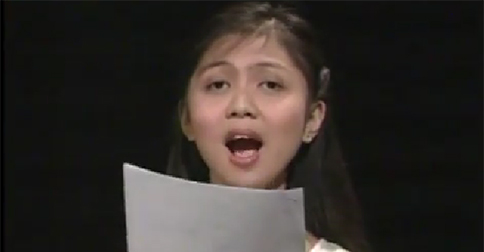 (SPOT.ph) If everything that happened between March 24 and now has made the name Krisel Mallari unfamiliar, let us refresh your memory. Mallari was the girl interrupted in the commencement exercises of Sto. Niño Parochial School, captured in a video that went viral. She not only made headlines, she was also the subject of thought pieces—mostly encouraging, but also, advising her to not buy into meritocracy.

The incident was big enough to prompt the Department of Education to launch an "investigation," but it's unclear what happened to that. We do know that the valedictorian (whom Mallari accused of a rather distasteful practice) suggested that the matter be put to rest. Pleading to her classmate, she said, "Krisel, I wish that you learn to accept that some things are not meant for you."

On April 18 in the program Bottomline, Mallari addressed this by saying "marami akong acceptance." However, she also stated that she cannot bring herself to "believe what is clearly wrong."

Check out what else we found out:

1. Mallari watches Dream Dad and through it she learned, "Maganda ang buhay."

2. She's also familiar with Robin Williams' World's Greatest Dad...but it's really strange that she gives the "honor" to her father. The movie follows the life of a father whose son commits suicide and the father subsequently uses this tragedy to publish a book full of lies under his son's name.

3. Mallari thinks her sister is pretty. Her brother, on the other hand, is "mainitin ang ulo" and "mayabang"...also, "tamad mag-aral." This is probably were the hashtag #NoFilter applies best.

4. To her haters, she said, "Thank you." She also quoted Dwyane Wade and told them, "My belief is stronger than your doubt."

6. In the interview with Abunda, her father revealed that at their house, the young Mallari is treated as the true valedictorian.

7. When asked why she chose to air her grievances during the commencement exercises, Mallari said that she saw it as the last chance to tell her schoolmates what happened. She also felt like she could be a way for God to tell the truth.

8.  We can't help but feel that if she were a character in Divergent, she might have trouble passing the Abnegation test. We'd put her in Dauntless.

9. She wanted to finish in style, so she spoke in English, "the vernacular language of this world." (Trivia: Chinese is actually the world's most widely spoken language. Spanish is second and English is only third.)

10. She is now an accounting student in the University of Santo Tomas. Best of luck, dearie!