Furious 8 gets a release date, tickets for Pacquiao-Mayweather sell out in a minute, and more. 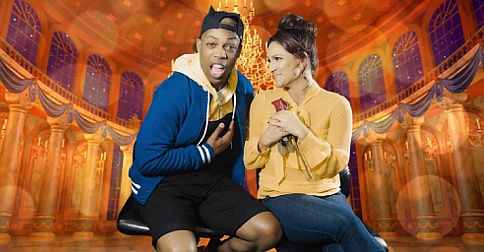 1. Watch a mashup of '90s jams and Disney songs

Just because it isn't Thursday anymore doesn't mean you can't enjoy this awesome throwback to the '90s. A YouTube star named Todrick Hall mashed up your favorite Disney songs with those nostalgic '90s slow jams. The result is pretty awesome.

2. Furious 8 now has a release date

It looks like the Fast and the Furious franchise isn't going anywhere any time soon. According to Vin Diesel, the eighth installment is set for release in 2017, and will reportedly be a follow-up to Furious 7.

3. Scientists have sequenced the entire genome of the woolly mammoth

A team of scientists has successfully sequenced the entire genome of the extinct woolly mammoth. The scientific breakthrough is crucial in determining why these creatures went extinct around 4,000 years ago.

4. Daughter of Janice De Belen hurt by rumors linking her mom to Gerald

Inah Estrada, the daughter of Janice De Belen, admitted that she was "hurt" and "offended" by the rumors linking her mom to actor Gerald Anderson. "Of course, you know, there will always be people who will have that idea, 'Ah, there’s maybe something [sic],'" she said. Inah also added that she and her mom have never talked about the issue.

6. Tickets for Pacquiao-Mayweather bout sold out in 60 seconds

All tickets sold online for the May 2 fight between Manny Pacquiao and Floyd Mayweather were "literally" sold out in just 60 seconds. Fans who were not able to score a ticket online will reportedly still have a chance to buy tickets, but at a much higher price.

7. Napoles to be with murder convicts in Mandaluyong correctional

Alleged pork barrel scam mastermind Janet Lim-Napoles will be jailed under maximum security alongside murder and homicide convicts at the Mandaluyong correctional. Before this, however, Napoles will be quarantined for 60 days to undergo physical and psychological tests.

Mary Jane Veloso was transferred to a prison island in Indonesia early Friday morning where she and nine other individuals will be facing execution by firing squad. Veloso, who was convicted of drug smuggling, is expected to meet with her mother and two children on Friday.

9. 10 Places to Get a Chori Burger in Manila

Just because you can't be in Boracay right now doesn't mean you have to miss out on the chori burger. We show you 10 places in Manila where you can have your fix.

10. 10 Waterproof Things You Need for Summer

Headed to the beach? Save your gadgets from being water-related casualties with these 10 waterproof things you need for summer.