Updates on the Nepal quake, Maja and Gerald's breakup, and more. 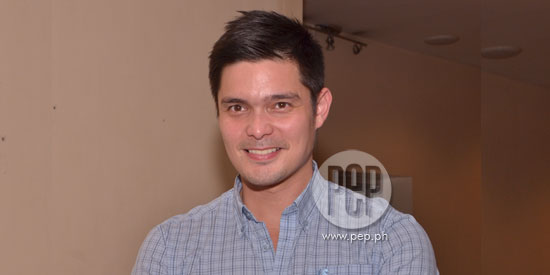 1. Dingdong Dantes is on LP's list of senatorial bets

You read that right. According to Liberal Party (LP) member and Caloocan Representative Edgar Erice, Dingdong Dantes is reportedly among 19 names shortlisted for the party's senatorial bets for 2016. Aside from being an actor, Dantes is the commissioner-at-large of the National Youth Commission. Other names on the list include Quezon City Mayor Herbert Bautista, Justice Secretary Leila de Lima, and Manila Vice Mayor Isko Moreno.

2. Maja comments on her breakup with Gerald

Actress Maja Salvador has finally commented on her recent breakup with actor Gerald Anderson. At Alex Gonzaga's concert on Saturday (April 25), Maja had this to say about her split: "Alam mo, tinanggap ko agad maging single, kasi sabi ko, 'Kailangan ng kasama ni Cathy [Alex’s real name].'" When asked how she was doing since her breakup, she replied, "Maganda."

3. JM de Guzman and Jessy Mendiola are back together

Two years after the breakup, actors JM de Guzman and Jessy Mendiola are back together. In an interview on Gandang Gabi Vice, the couple admitted that they rekindled their romance on April 1, several months after accidentally running into each other again.

The seventh installment of the Fast and the Furious franchise has crossed the U.S. $1 billion mark worldwide, with a grand total of U.S. $1.3 billion. It is now the fifth highest-grossing film ever, and joins the ranks of films like Avatar and Titanic.

Manny Pacquiao on Monday personally appealed to Indonesian President Joko Widodo to spare Filipina Mary Jane Veloso from death row for drug trafficking. In a video, Pacquiao said, "Mr. President, on May 2nd, I will [be] fighting in Las Vegas, Nevada against Floyd Mayweather. It is considered the fight of the century. It will be a great morale booster if in my own little way I can save a life."

According to officials, Saturday's 7.8 magnitude earthquake has killed more than 3,200 people in Nepal. Around 90 people have been killed in nearby countries, while the Mount Everest avalanche triggered by the quake killed 18 people.

The Metro Rail Transit (MRT) is considering limiting the entry of passengers to the railway platforms due to a decreased number of available trains. MRT General Manager Roman Buenafe said they wouldn't need to limit passenger entry if the maintenance contractor was able to provide a full set of 20 trains. For the contractor's part, they admitted that they "do not have enough spare parts to maintain or repair the trains."

8. 10 Transgender Women That are Changing the Face of Beauty

StyleBible.ph rounded up 10 stylish transgender women who have graced the pages of Preview magazine. These women are not only gorgeous, they're also making waves in their respective industries.

ABS-CBN's weekly Your Face Sounds Familiar features a roster of celebrities that are assigned a random personality to impersonate with a song-and-dance number. From Manny Pacquiao to Justin Bieber, we give you 10 of the funniest performances...so far.

When we heard that new emojis were released, we couldn't help but wonder what Pinoy emojis would be like. We came up with our own set of 10 emojis with a local twist.