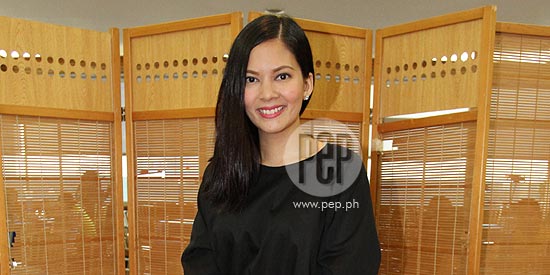 1. Chynna Ortaleza will play a lesbian in The Rich Man's Daughter

Chynna Ortaleza is the latest actress to join the cast of GMA Network's upcoming LGBT telenovela, The Rich Man's Daughter. She will play the lesbian best friend to Althea (played by Glaiza de Castro). Chynna also shared that her character will have a long-term partner and a step-daughter. The show is topbilled by Rhian Ramos, who replaced Marian Rivera as the lead.

Singer Martin Nievera had the chance to perform alongside music legend Steve Wonder in a by-invitation-only concert at Solaire last Saturday. On his Instagram account, he shared a clip of their duet and a snippet of their conversation backstage.

Sorry, ladies. Actors Ian Somerhalder and Nikki Reed tied the knot in a small, sunset ceremony in Malibu, California on Sunday. The two exchanged vows after nine months of dating.

4. A vandal uses penis drawings to get potholes filled

An anonymous graffiti artist in England has made it his mission to get local potholes filled...by outlining them with penis drawings. The artist explained that he was driven to draw the naughty phalluses after several of his cyclist friends were hospitalized because of the potholes. He also claimed that potholes that had been left untouched for almost a year were filled within two days after his artwork appeared.

According to Senator Koko Pimentel, Davao City Mayor Rodrigo Duterte won't settle for becoming senator or vice president. “If [Duterte] runs for senator or vice president we will help him, but he won’t do that because first of all he wants an executive position, and that’s where he is good," said Pimentel. He and Duterte both belong to the PDP-Laban party, and the former said that the mayor has the "full backing" of their party.

Maria Kristina Sergio, also known as Mary Christine Gulles Pasadilla, has turned herself in to authorities in Nueva Ecija. The alleged recruiter of Mary Jane Veloso said she surrendered because she feared Veloso's relatives and supporters would harm her should the latter's execution push through.

Veloso is set to be executed through firing squad in Indonesia for drug trafficking, and Sergio was earlier tagged as the person who facilitated Veloso's entry into the country.

Don't let being a busy, working adult stop you from trying something new! We've rounded up some workshops around the metro that will help you have a productive summer.

We introduced you to the 10 people you meet in an office, and now it's time for you to meet the bosses. From the one who wants to be your friend to the one who will make your life a living hell, here are the 10 bosses you will likely meet in the workforce.