Pacquiao to buy P135 to P180-M worth of tickets to his fight + more things you might have missed today
Loading
Already a member? Log in
No account yet? Create Account
Spot.ph is your one-stop urban lifestyle guide to the best of Manila. 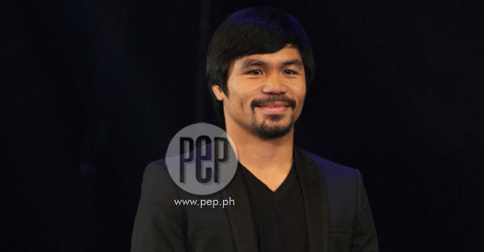 (SPOT.ph) Busy day, Spotters? We quickly recap 10 things you migth have missed while you were off the radar.

Manny Pacquiao will reportedly buy 900 tickets amounting to P135 to P180 million in total for his upcoming bout against Floyd Mayweather. According to reports, the tickets will be for Manny's family, friends, and entourage.

In a series of tweets, Mark Ruffalo (who plays Hulk in the Avengers franchise) politely asked Marvel for more Black Widow (Scarlett Johansson) merchandise, saying it was "for my daughters and nieces. Pretty please." His statement comes after people noticed that there was little to no Black Widow representation in Marvel's Avengers: Age of Ultron franchise.

3. The original T-Rex will return to Jurassic World

After reports said that the new Jurassic World will be a direct sequel to Jurassic Park, it was announced that the movie will give a major nod to the 1993 film by including the original T-Rex. "We took the original design and obviously, technology has changed. So, it’s going to move a little bit differently, but it’ll move differently because it’s older," said director Colin Trevorrow. The film is slated for release in June.

American singer Demi Lovato made her first-ever appearance on Philippine television on Wednesday night, where she chatted with Boy Abunda and Kris Aquino. In her interview, she talked about what fans can expect from her concert, and how it will be different from her first show back in 2013. She is set to sing at the Mall of Asia Arena on Thursday night.

Fans tuned in to Forevermore on Wednesday night were in for a surprise when the show suddenly killed off Alexander Grande II (played by Zoren Legaspi). The character died in a car crash shortly after he had a heart-to-heart talk with his son, Xander (Enrique Gil).

International flights were delayed on Tuesday following a glitch in the communications network of the Philippine Long Distance Telephone Co. (PLDT) in Parañaque City that affected operations at the Ninoy Aquino International Airport (NAIA). The computerized check-in system at Terminal 1 broke down past 3 p.m. on Tuesday, and normal operations resumed at 3 a.m. on Wednesday.

7. Climbing to resume on Mount Everest by next week, says Nepal tourism chief

According to Nepal's tourism chief Tulsi Gautam, climbing will resume on Mount Everest next week despite an earthquake-triggered avalanche that left 18 people dead. "The ladders will be repaired in the next two to three days and climbing will continue, there is no reason for anyone to quit their expeditions," he said.

Reports say that the Attorney-General's Office of Indonesia has yet to reschedule the execution of Mary Jane Veloso after she was given a temporary reprieve. Indonesian President Joko Widodo explained that the government only postponed Veloso's execution as a response to the Philippines requesting for her to testify as a witness.

Before viral web ads and catchy TV commercial jingles, there was the good ol' print advertising. We rounded up some vintage photos and the celebrities that dominated the advertising scene back in the day.

What's better than a round of alcohol? How about another round paired with delicious bar grub? Pair your drinks with dishes from any of these 10 bars in Manila.