A metro-wide earthquake drill, how you can stream even more TV and movies with HOOQ, and more. 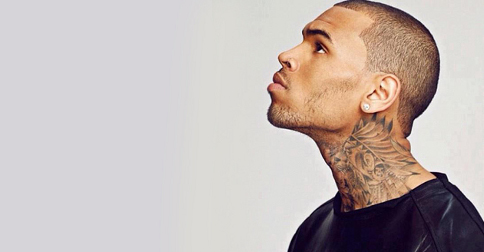 1. Chris Brown is performing in Manila this July

Chris Brown is returning to Manila, and it's for real this time. (We hope.) He is scheduled to hit the Mall of Asia Arena stage on July 21 to promote his sixth album, X. Tickets are on sale starting June 4 at all SM Ticket outlets nationwide.

3. Your Face Sounds Familiar to name four finalists this weekend

After entertaining audiences every weekend with their elaborate celebrity impersonations, the eight contestants of Your Face Sounds Familiar are set to be cut to just four. Jay-R, Karla Estrada, Jolina Magdangal, Nyoy Volante, Maxene Magalona, Melai Cantiveros, Edgar Allan Guzman, and Tutti Caringal will undergo one more transformation before the finals. The top four will be determined by summing up the performers' overall scores throughout the 12 weeks of airing.

4. Watch the evolution of 100 years of bikini fashion

Yes, we know summer is unfortunately ending but before you say goodbye to the beaches and sweltering weather, check out how the swimsuit got to be the bikini in a span of 100 years. Our personal favorite? The '30s!

5. Chris Pine is in talks to co-star in Wonder Woman movie

Star Trek's Chris Pine is in talks to star as Steve Trevor, the love interest of Gal Gadot's Wonder Woman in the upcoming solo film of the same name. In the comics, Steve is rescued by Wonder Woman and they fall in love...all while she becomes the superhero you know and love. The movie is slated for release in 2017.

The MMDA announced a metro-wide earthquake drill to be held on July 30 as part of the government’s preparations for a possible 7.2 magnitude tremor. According to the MMDA, electricity and mobile phone services would be cut. Private and government offices, as well as businesses will be closed between 3 p.m. and 8 p.m. to simulate the scenario.

Grab some popcorn and prepare to binge-watch over 10,000 hours worth of local and international movies and series with HOOQ. The streaming site is a joint venture of Singtel, Sony Pictures Television, and Warner Bros. Entertainment, venturing into a partnership with Globe. You can avail of different HOOQ plans with Globe, or sign up via the HOOQ app or website.

We're almost halfway through the year, which means telenovela fans can expect more new shows to hit their TV screens. We've rounded up 10 upcoming series that are worth checking out.

Your dog deserves only the cutest, so we found 10 accessories that you and your best furry friend will love.