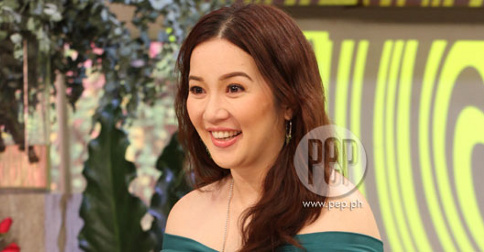 (SPOT.ph) Busy day, Spotters? We quicly recap 10 things you might have missed while you were off the radar.

1. Kris Aquino may leave the Philippines for the US in 2016

Australian indie pop band Sheppard is hitting the Manila stage...for free! The band, best known for their song "Geronimo," will be performing at the SM Mall of Asia Music Hall on August 11.

3. Robin Padilla and Maria Ozawa are starring in a movie together

Japanese adult film star Maria Ozawa is set to top bill a horror film alongside action star Robin Padilla. Troy Montero, who is part of the film's production, made the announcement on his Instagram account and confirmed that the film will be part of this year's Metro Manila Film Festival.

He's back! Paolo Ballesteros transformed into another celebrity on Monday, this time as recently out transgender Caitlyn Jenner. His caption? "Call me CAITLYN… BERNARDO." He previously used his makeup skills to transform into other famous personalities like Tyra Banks, Katy Perry, Dakota Johnson, and Michelle Obama.

5. Internet-famous photographer follows his bride to the altar

Remember that photographer who rose to Internet fame for his "Follow Me" travel photos, which feature his girlfriend "leading" him to stunning destinations around the world? Well, she also led him to the altar in Moscow, Russia in front of family and friends. The two were married on June 7.

6. Kate Moss calls easyJet pilot a "basic bitch" after getting kicked off flight

Supermodel Kate Moss made headlines after she was reportedly kicked off an easyJet flight. In a statement published on June 7, the budget airline confirmed that a passenger was escorted from the plane "due to disruptive behavior." A separate report by The Mirror revealed that Kate called the pilot a "basic bitch" as she was escorted off, but clarified that she was "not aggressive to anyone." Kate was allegedly a little drunk and had a disagreement with another passenger.

In a statement on Tuesday (June 9), Palace Communications Secretary Herminio Coloma Jr. expressed hope that the controversial Bangsamoro Basic Law will be approved next month. The Senate and the House of Representatives will adjourn on June 11. Congress is set to re-convene on July 20, the day P-Noy delivers his last State of the Nation Address (SONA).

Human quarantine personnel at the Ninoy Aquino International Airport (NAIA) terminals are closely monitoring passengers arriving from South Korea. The country is currently suffering an outbreak of the Middle East Respiratory Syndrome-Corona Virus (MERS-CoV). The World Health Organization (WHO) earlier reported that 30 South Korean nationals have been infected, while four have died from the virus.

Feeling bitter about things that end abruptly and for reasons you can quite understand? Don't fret. #MayForever din sa Manila.

For our younger selves, June marked the end of summer vacation and saying high to the blues because it's the start of school. We may have bid our time in classrooms goodbye, but June wouldn't have been so bad if we had these hot teachers to educate us.