We're not surprised, but let's humor her for a bit. 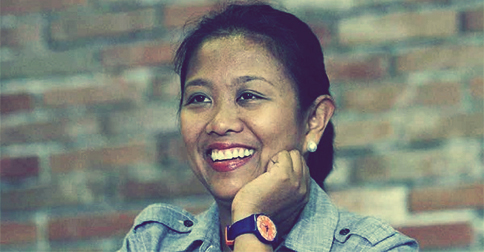 (SPOT.ph) On Tuesday (June 9), Senator Nancy Binay once again expressed her lack of support for Senate Bill 2649 or the Anti-Political Dynasty Bill, filed by Senator Miriam Defensor-Santiago in January 2011.

The bill seeks to "level the political field" and combat the "monopoly of political power and public resources" of "influential families and clans that are well entrenched in Philippine politics." The full text is available on the Senate website, but as of now, you should know that it's been slightly watered down. House Speaker Feliciano Belmonte Jr. acknowledged that there was little hope that the original version would be approved, seeing that "there are many dynasties here."

As if to prove his point, Senator Nancy Binay reiterated a point she already made in 2014, claiming that the people are entitled to options. Of course, it can easily, effortlessly, breezily be argued that the Anti-Dynasty Bill aims to do just that and even more, because it seeks not just a plurality of choice, but diversity as well. Currently, there are four Binays serving public office: Senator Nancy Binay herself; her sister, Representative Abigail Binay; her brother, Mayor Junjun Binay; and her father, Vice President Jejomar Binay.

In her defense, the Senator said that they are all democratically voted to power and instead of focusing on family names, the government should turn its attention to ensuring that we have clean and fair elections, "Kasi kami in (sic) the end of the day, 'pag ayaw sa amin ng taumbayan hindi naman kami mahahalal."

She further said that if a family of doctors can exist, then surely, a family of public servants isn't the anomaly the Anti-Dynasty Bill makes it seem to be. The only difference is, having a medical license is not done via vox populi. We don't vote on who uses tongue depressors and scalpels on us, nor do we choose our dentist by the quality of free lollipops they give after they do their business with our teeth.

Anti-dynasty Bill Nancy Binay
Your Guide to Thriving in This Strange New World
Staying
In? What to watch, what to eat, and where to shop from home
OR
Heading
Out? What you need to know to stay safe when heading out