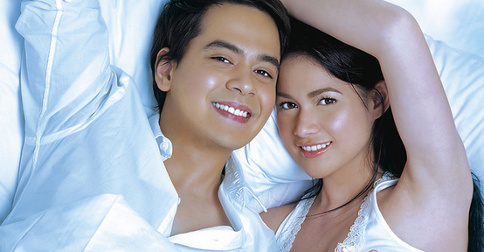 Fans of One More Chance have plenty of reasons to rejoice lately, thanks to an upcoming book and reunion of the movie's two leads, John Lloyd Cruz and Bea Alonzo. That's not all. In an Instagram post from Bea's handler, the love team reenacted a memorable scene from the hit film, tugging on all the feels of an elated crowd. A big-screen sequel to One More Chance has yet to be confirmed.

2. Lea Salonga hits back at bashers over Independence Day tweet

Lea Salonga drew flak from her Twitter followers on June 12 after the singer tweeted, "Our country is not yet debt-free, poverty-free, crime-free, or corruption-free. So what are we free from exactly and why do we celebrate it?"

One user replied, "The moment you pressed the 'tweet' button for this message already defines FREEDOM," while another said, "Our celebration is about being free from the colonizers, not being free from the major maladies of the country." She responded to some of the tweets, but didn't let them sway her opinion.

3. Kim Chiu and Xian Lim to work together again

The last time we saw the small-screen tandem of Kim Chiu and Xian Lim was for the 2012 telenovela, Ina Kapatid Anak. Producer Star Creatives confirmed Monday that the duo will be reuniting for a new and untitled series that is reportedly based on an unnamed Wattpad story. The show will reportedly be aired later this year.

4. The Apple Watch 2 is coming

Don't get too comfortable with your Apple Watch just yet. Reports now say that a second generation is already in the works and may launch as early as next year. It is still unclear if it will be launched in April (a year after the first version was released) or alongside the new iPhone which will reportedly come out in September.

Mad Max: Fury Road isn't the most romantic movie out there, but that didn't stop two stunt doubles from falling in love on set. Dane Grant (Tom Hardy’s temporary double) met Dayna Porter (Charlize Theron’s double) first met during stunt rehearsal, and are now married with one child. The film was shot in 2012.

Nobel Prize winner Tim Hunt recently came under fire after commenting, "Let me tell you about my trouble with girls. Three things happen when they are in the lab. You fall in love with them, they fall in love with you and when you criticize them, they cry." His statements were naturally slammed as sexist, although he later described them to be "ironic."

His wife, a professor herself, called his comments "an unbelievably stupid thing to say" but defended him, saying, "You can see why it could be taken as offensive if you didn’t know Tim [...] I would not have put up with him if he were sexist."

Despite her supposed illness and continued detention, former President Gloria Macapagal-Arroyo is seeking a third term in Pampanga's second congressional district. According to her lawyer, Raul Lambino, the former president has been able to "work for and look after" her constituents even while in hospital detention, but stressed Arroyo would even do better if she were allowed house arrest.

A surprise raid led by Justice Secretary Leila De Lima on Sunday uncovered more cellular phones, Wi-Fi gadgets, and phone chargers from the National Bureau of Investigation (NBI) detention facility. The justice chief has ordered an investigation, and ordered the temporary relief of NBI personnel guarding the facility and those who have come in contact with inmates.

9. 10 Memorable Androids on TV and Film

Love sci-fi movies? We rounded up 10 of the most memorable androids from TV and movies—from 2001's A.I. Artificial Intelligence to 2015's Ex Machina.

10. 10 Little Things People Do That Will Make Your Day

Service people have made it their business to make our lives a little better, so we decided to pay a little tribute to the many things they do to make our days better.