SC stops construction of Torre de Manila, a sequel to English Only, Please, and more. 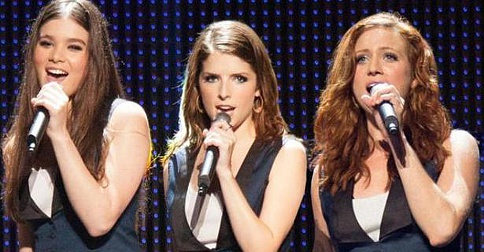 Heads up, pitches! Your favorite musical comedy is getting a third installment. The bad news? It's not due until July 21, 2017. Don't feel too glum, though. So far, Anna Kendrick and Rebel Wilson have both signed on for take three.

If you loved the box office hit English Only, Please, you'd be really pleased to know that there are talks for a sequel that may or may not happen in 2016. "There are talks na gagawin abroad, either in [the] U.S. or somewhere...maybe in Europe," said lead star Derek Ramsay. "Sana matuloy kasi ang ganda nga ng concept. As of now, sabi nila, tuloy daw."

When asked by PEP.ph about rumors that he may be replaced by JM de Guzman in the role, Derek said he wasn't aware of the news, but if it did happen, he said, "If that's what they decide to do, okay lang sa akin."

Despite reports that confirmed Robin Padilla topbilling a horror movie alongside adult film star Maria Ozawa, his wife now says that she wasn't aware of the project. "Sa social media ko lang nalaman. Hindi naman namin napag-usapan ’yong ganoon. I just knew he was going to do a movie," she said.

4. Ed Sheeran surprises a fan while she covers "Thinking Out Loud"

A lucky Ed Sheeran fan had the surprise of her life when the singer suddenly joined her onstage while she was performing his song at a charity show at a mall in Edmonton, Canada. Sheeran happened to pass by while 13-year-old Sydney Bourbeau was singing, and she first thought he was just the sound guy fixing her mic. She even scored tickets to his concert in town that night.

5. Google Maps now warns if a store will be closed before you arrive

If you've ever had the problem of making a long trip to an establishment only to find that they're already closed, Google Maps has the perfect solution. Not only will they give you the usual directions, but they'll also give you a warning if the establishment may be closed by the time you arrive. You will also get information on opening hours, as well as your estimated time of arrival.

The Philippine National Police (PNP) has backed a proposal to register SIM cards to help law enforcement agencies. PNP Spokesman Chief Superintendent Wilfredo Franco said the police is supportive of House Bill 5231, which he said can help them track down individuals engaged in criminal activities like kidnapping.

House Bill 5231 requires subscribers to present proof of identification when buying SIM cards and fill out a registration form with their personal details. The bill has been approved on its third and final reading at the House of Representatives.

Ayala Center Cebu management may face legal action after the ceiling of one of its cinemas collapsed Monday night during an exclusive screening, injuring six people. Dreamscape Networks Inc. was launching a new ad campaign when the accident happened, with the company's chief executive officer sustaining injuries. The company is currently planning to file a complaint.

The Supreme Court (SC) has issued a temporary restraining order (TRO) that stops DMCI Project Developers Inc. from continuing the construction of the controversial Torre de Manila. The SC also required the National Commission for Culture and the Arts (NCCA) to give an explanation for its order seeking to suspend the construction.

The NCCA earlier said that the building will "devalue surrounding historical landmarks," including the Rizal monument.

9. SPOT.ph Staycation Guide: Where to Take Dad This Father's Day

This Father's Day, treat the coolest man in your life to all the best he deserves. We round up the best hotel deals and staycation options for you and the family this weekend.

10. The 10 Kinds of Basketball Fans You See During Finals

The NBA Finals are heating up, and so is your social media feed. From the so-called Bandwagon Fans to the Sports Analyst, we give you the 10 kinds of basketball fans you see during finals.