Nora Aunor and Lotlot de Leon to work on a TV drama together + more things you might have missed today
Loading
Already a member? Log in
No account yet? Create Account
Spot.ph is your one-stop urban lifestyle guide to the best of Manila. 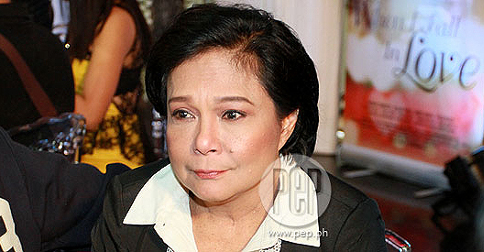 1. Nora Aunor and Lotlot de Leon to work on a TV drama together

The Superstar is headed back to television! Nora Aunor will appear in an episode of GMA News and Public Affairs' drama anthology, Karelasyon. Although the plot and date of airing has yet to be announced, we do know that she will also be joined by her daughter Lotlot de Leon and granddaughter, Janine Gutierrez.

In an interview in Tonight with Arnold Clavio, mom-to-be Marian Rivera revealed that she believes that more is merrier. The actress said in Filipino that she disagrees with her husband's advice to "rest" after the first baby, saying that she would welcome whatever the Lord gives. Being an only child, Rivera says she'd like to be the mother of a basketball team.

3. Channing Tatum trivia ready for consumption through his AMA on Reddit

The Magic Mike actor answered user-generated questions on Reddit and revealed that he likes the broom from Fantasia and that he has forgotten all about Jupiter Ascending. He also discusses the hilarious email that leaked when Sony was hacked.

Rachelle Ann Go, who plays Fantine in West End's Les Miserables, reportedly received high praise and a standing ovation after her first performance. In an Instagram post, Rachelle shared how she was "so nervous" but reportedly had fun.

5. University dedicates section of campus stairway to people who text while walking

Utah Valley University has made a notable change to their campus, dividing their staircase into three lanes: walk, run, and text. The school's creative director clarified, however, that the signage is meant to be an art project rather than official policy.

Almost half of the respondents of an SWS Survey say that they're disappointed with the way the Philippine Government has handled the conflict with China over the Panatag Shoal. The same survey also reveals that Pinoys are worried about engaging in armed conflict over the territory in question.

Lim, on the other hand, said that the city government under Estrada received about P1 million in bribes from DMCI to allow the construction of 49 storeys.

8. Senator Grace Poe is now the top presidential candidate according to Pulse Asia

Looking good doesn't have to cost you a fortune. For girls who want to look their best without breaking the bank, we found 10 must-haves under P500. (Yes, it's possible!)

Messages left on the bathroom mirror, a horrifying history about the school grounds, and white ladies. We don't know where these stories come from, but we've all heard them before for some reason!