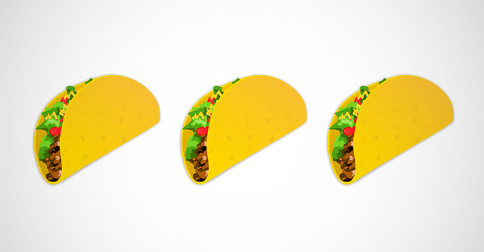 1. The taco emoji may be coming to your phone soon

If, for some reason, you have longed to send taco emojis to your friends, rejoice! Emojipedia announced that 37 new emojis will be added to Unicode 8.0, which will include the crispy taco of your dreams...and a burrito! Reports say that not all 37 emojis will be adopted by iOS and Android, but we're hoping the Mexican food-related ones make it to our phones soon.

3. Nora Aunor will have an MMFF entry this year

It's going to be an interesting competition for this year's Metro Manila Film Festival. Nora Aunor announced that her film Kabisera would be part of the festival lineup. Helmed by director Real Florido, the movie is based on a "true-to-life family drama" with a crime thriller twist.

4. Check out how Game of Thrones made a "penis flasher" casting call

HBO's Game of Thrones is known for many things: dragons, violence, unwanted character deaths, and of course, the obligatory nudity scenes. A Reddit user shared how he received a casting call for an actor "prepared to flash his genitalia" onscreen. It's pretty amusing, especially when you get to their, ahem, genitalia requirements.

Justin Bieber and Usher were ordered by a U.S. appeals court on Thursday to face a U.S. $10 million lawsuit that claimed they illegally copied parts of a song composed by two Virginia songwriters. "Somebody to Love" reportedly shared the beat pattern, time signature, and similar chords and lyrics with the songwriters' song of the same name.

After previous reports said that Senator Grace Poe is the top presidential choice according to Pulse Asia, a new poll by the Social Weather Stations (SWS) also announced that she has overtaken Vice President Jejomar Binay as the "best leader" to succeed P-Noy. She rose from 31% in March to 42% in June. Binay, meanwhile, fell from 36% in March to 34% in June. Interior Secretary Mar Roxas remained in third place with 21%.

According to the SWS, P-Noy's satisfaction ratings rose 10 points since March 2015, mostly from Mindanao, the Visayas, and Luzon (excluding Manila). In their latest poll, 57% were satisfied with Aquino's performance, with 27% dissatisfied (an improvement from the 36% in March).

A Sandiganbayan judge has ordered prosecutors to print all files contained in the hard drive of pork barrel scam whistle-blower Benhur Luy. The hard drive allegedly contains disbursement records and financial ledgers from Janet Lim Napoles' company, where Luy was a former employee.

9. The PEP List Year 2: 10 Most Scene-Stealing Outfits on the Red Carpet

It was a star-studded event for the awarding ceremony of the annual PEP List on Thursday night. We zeroed in on the celebrities who stole our attention with their, er, anything-but-boring outfits on the red carpet.

Certified suplado funnyman Stanley Chi has all the answers to your pressing love-related questions. This week, it's all about exes and when they go all stalker on you.