NBC cancels Hannibal + more things you might have missed today

The new Fifty Shades book is a hit, MMDA puts EDSA rehab on hold, and more. 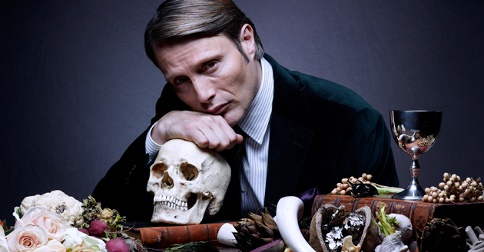 Bad news, Hannibal fans. NBC has cancelled the acclaimed drama after three seasons, reportedly due to high licensing costs and low ratings. The network will still air the show's remaining 10 episodes. Showrunner Bryan Fuller also took to Twitter on Tuesday to assure fans that all options to keep the show on air are "being explored."

Long-time film composer James Horner died Monday in a plane crash near Santa Barbara. The 61-year-old was piloting his small aircraft when it crashed into a remote area. His extensive work includes Braveheart, A Beautiful Mind, Troy, Apollo 13, and Titanic (where he won two Oscars for original dramatic score and original song). He earned a total of 10 Oscar nominations.

5. Cheer up with this adorable timelapse video of golden retriever puppies

You know what they say...puppies solve everything. Okay, no one actually says that, but puppies probably could. A YouTube user uploaded a timelapse of two golden retriever puppies running to their dinner over the course of nine months.

The Metropolitan Manila Development Authority (MMDA) on Monday said that the EDSA rehabilitation project will be put on hold to prioritize the Skyway Stage 3 project. The EDSA rehab involves the entire stretch of the highway, while the Skyway project is an elevated expressway with eight access points at strategic locations.

The rainy season has officially begun. State weather bureau PAGASA made the announcement on Tuesday, and added that 11 to 16 tropical cyclones are expected to develop or enter the Philippine Area of Responsibility during the latter half of the year.

9. 10 Things Only Morning People Would Know

Morning people are a rare breed. They're the folks who don't hate their alarms and have no problem making (and meeting) early doctor's appointments. Here are 10 more things only morning people would know.

Concealer isn't something that you need all the time, but you can count on it when you need it the most. We show you 10 ways you can get the most out of your concealer.