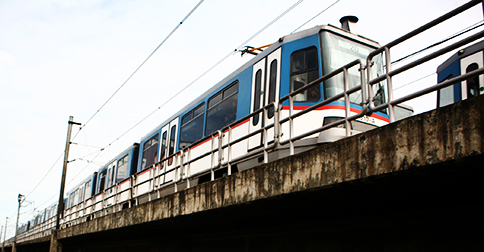 1. No new MRT coaches this year

It looks like commuters are going to have to wait for those new MRT coaches. According to the Department of Transportation and Communications (DOTC), the delivery of 48 new coaches will start in January 2016. The monthly delivery of three new coaches was originally scheduled to start in October, but was changed after an inspection of the train coaches in Dalian, China. "What is important to us is that the train cars, once delivered, will be safe and reliable," said DOTC Secretary Jun Abaya.

2. Judy Ann is open to working with Piolo again

After Piolo Pascual recently expressed his wish to work with former love-team partner Judy Ann Santos again, the latter said she was open to the idea. "'Pag it happens, it happens...at the right time and the right project," she said. "Wala namang imposible, hindi ba?" She added that the two remained friends over the years, "hindi lang nakikita ng tao."

3. Jean Garcia has advice for Angelica Panganiban for Pangako Sa 'Yo

The original Madam Claudia had nothing but praise and helpful advice for Angelica Panganiban. In an interview with PEP.ph, Jean Garcia said, "Angelica, just be yourself, magaling kang artista. Mahalin mo ang ginagawa mo. [Be] passionate about your character. Enjoy-in mo lang siya and everything will be good."

She declined to comment further on Pangako Sa 'Yo in respect to her current network, GMA, but said, "I wish them well. [...] I want them also to be successful, walang halong kaplastikan ito."

It's official. The seventh installment of the Fast and Furious franchise is now the third highest-grossing movie ever with a whopping U.S. $1.52 billion. Meanwhile, James Cameron's Avatar and Titanic sit at first and second place with U.S. $2.79 billion and U.S. $2.19 billion, respectively.

5. John Green's Looking for Alaska has a director

A movie adaptation of John Green's Looking for Alaska is really happening. Author John Green took to Twitter to announce the film's new director Rebecca Thomas, who is best known for her debut film, Electrick Children in 2012. So far, no casting details have been announced.

6. Zara USA is being accused of racial profiling

A new report from independent policy group Center for Popular Democracy found that a large percentage of Zara employees in New York were asked to label customers based on whether they looked "suspicious" while shopping. According to the report, the company's reported policy was to label customers "special order" if they appeared likely to steal, causing an employee to follow them around the store.

Out of 57% employees who were familiar with "special order," 46% said that black shoppers were given the label "always," or "often." Furthermore, the report said that black customers are "almost seven times more likely to be labeled a special order than white customers." A Zara USA spokesperson has already denied the report's claims.

7. Trillanes already sure about running for VP

Senator Antonio Trillanes IV is "100% sure" he will run for Vice President in the 2016 elections. He added that even if he doesn't get an endorsement from the Nacionalista Party (NP), he said he still plans to run and will remain with the party.

8. P-Noy fires back at VP Binay

P-Noy also said that he was surprised by Binay's sudden resignation, and that he was still expecting a list of supposed reasons why it happened.

9. 10 Fun Indoor Activities You Can Try in Manila

It's officially the rainy season! Don't fret, there are plenty of fun things to do in Manila that don't require you to spend hours outside.

Look beyond the popular speakeasies, craft beer havens, and superclubs, and you'll find a roster of underrated drinking spots in Makati. We show you where to go for your next bar crawl.