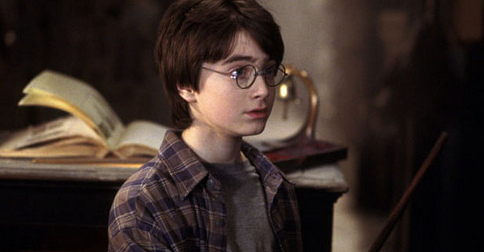 It's really happening, Potterheads. A new Harry Potter story is coming and it's going to be a stage play in London! Originally rumored to be a prequel, the play will be entitled Harry Potter and the Cursed Child. "It will tell a new story, which is the result of a collaboration between writer Jack Thorne, director John Tiffany and myself," said author J.K. Rowling. "It has been a huge pleasure to share with them (and soon, with you!) this untold part of Harry's story."

She added that the theater and not a novel would be the "proper medium" for the story."

Celebrity couple Daniel Matsunaga and Erich Gonzales are set to star in a new show entitled Be My Lady. The two confirmed the news in their respective Instagram accounts, but did not divulge any further details. They were introduced to each other on the set of Kris TV a year ago.

Marian Rivera confirmed to PEP.ph on Friday that she is slated to have a new talk show with comedienne Ai-Ai delas Alas. She clarified that she will temporarily be taking a break from acting, but didn't say what the show would be about or when it would air. The show originally included Regine Velasquez, but didn't push through for undisclosed reasons.

4. A Clueless musical is on the way

Amy Heckerling, the writer behind Clueless, confirmed Friday that a musical of the hit '90s movie is officially in the works. "I've written what they call 'the book,' and it’s a jukebox musical," she said, What does this mean exactly? The songs will be composed of popular hits instead of original music. Kristin Hanggi (Rock of Ages) will direct, and Dodger Theatricals are set to produce.

Move over, Jay Z and Beyonce. According to Forbes, Taylor Swift and Calvin Harris are officially the world's highest paid celebrity couple with a combined annual income of U.S. $146 million in 2014. Jay Z and Beyonce ranked second with U.S. $110.5 million. The full list will be released on June 29.

Reports say that the Toyota Avanza involved in the hit-and-run incident in Taguig on Thursday is registed with the Bank of the Philippine Islands Rental Corporation in Makati. BPI issued a statement saying the car was a leased vehicle registered under BPI Rental Corporation, and was being "operated by a lessee." The company added that they would cooperate with the authorities.

According to figures from the Philippine National Police Highway Patrol Group (HPG), the number of road accidents has been steadily increasing since 2012. In 2013, the HPG recorded 12,785 road accidents, increasing to 15,572 the following year. Most of the mishaps were blamed on wrong turns, misjudged overtaking, over-speeding, and defective engines.

CBCP President and Lingayen-Dagupan Archbishop Socrates Villegas is supporting the earlier statement of Pope Francis that separation is "vital" when domestic violence is involved. He said that separation is needed to "save the lives of victims" because there are other ways to solve marital problems, such as counseling.

It's only been in the market for less than two years, but local makeup brand Happy Skin is already making waves in the beauty scene. We took a peek inside their new headquarters, which we found to be just as bright and colorful as their packaging.

Summit Media turns 20 this year, and the milestone made us want to look back on our history, too. We're celebrating our seven years by doing what we do best: listing 10 of our favorite things about SPOT.ph.