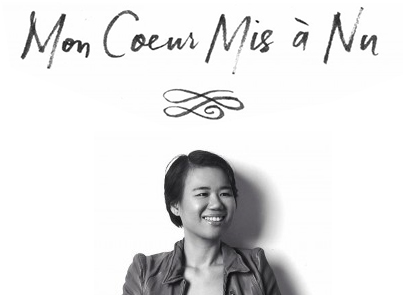 There’s this game we played as kids called “What Would It Take To Get You To Side With China?” It was an inane game, used to pass time before there was cable or Internet or handheld consoles. “What would it take for you to side with China?”

“Side with China on what?”

Anything. War. Basketball. The Olympics.

Scenarios would be offered, always starting innocently enough. What if they gave you a million pesos (a big amount back then)? What if you were offered a house and lot? What if you were offered a fiefdom in China? And sometimes, it got not-so-innocent. What if they would kill you if you didn’t? And sometimes, it became simple: Don’t you want to be part of the winning team (I assume this referred to ping pong)?

I’ve been part of, and sometimes instigated many iterations of this, and not one Chinese-Filipino person, of any age, child or adult, me included, has ever said that they would side with China. The answers, too, ranged from the inane (“I don’t want to have to speak Mandarin”) to the underlyingly serious (“I’m Filipino”).

Which is why it baffles me that anyone would automatically assume otherwise.

There’s been a slow-burning reaction against a hurtful and offensive op ed National Artist for Literature F. Sionil Jose wrote in the Philippine Star last week, where he recounts his wartime experiences before segueing into anti-Chinese sentiments that included declaring with surety that he knew “that in the event of a war with China, many of our ethnic Chinese will side with China,” despite his having Chinese friends and his wife being of Chinese ancestry. Thankfully, the people in the comments section mostly think he’s wrong. It’s still disturbing, though, that some people think he’s not. The column was glossed over, and I wouldn’t have known about it had I not come across Inquirer columnist Oscar Franklin Tan’s indignant and intelligent reaction to it. Tan builds his argument on a judicial spine before stating the national artist’s sentiments, and that no one seems to care.

Tan has a point. In an age where even the smallest slight causes outrage, why hasn’t anyone gone to arms about this issue? Why are there no angry Facebook posts, no demands for apology? Why hasn’t it even reached the news?

A non sequitur in Sionil Jose’s article states that the Chinese control 60% of the Philippine economy. Even if this were true, so what? Does he really think that those businessmen are growing their wealth so that they can return to the Motherland? I wouldn’t be surprised if he actually thought that Chinese-Filipinos actually referred to China as “The Motherland.” If we go by his argument, shouldn’t we then actually be thankful that these people believe in our country enough to invest in it through the generations, thereby keeping us economically afloat? See how I used “us” instead of “you guys?” That’s because I’m Filipino.

But this is nothing new. As a third generation Chinese-Filipino, I’ve battled this prejudice in one form or another all my life. I’ve had to explain numerous times–to cab drivers, sales ladies, press officers–that my Chinese surname doesn’t make me less Filipino. Random people whose opinions shouldn’t matter, yet whose thoughts I try to change anyway. I’m sure other Chinese-Filipinos have experienced the same.

When you think about it, the Chinese-Filipino make easy targets. They generally aren’t confrontational or violent, and like to keep to themselves. They’re practical and don’t want trouble. This is probably why many from the Chinese-Filipino community haven’t reacted to it yet, though most probably, it’s because they know that the accusation is bunk, and they would rather not waste their time with it. Besides, they’re probably too busy raising families and running businesses, like the good Filipinos that they are.

SPOT.ph blogger Yvette Tan posted this on her personal website yvettetan.com on June 24, in response to the polarizing articles by F. Sionil Jose in the Philippine Star.