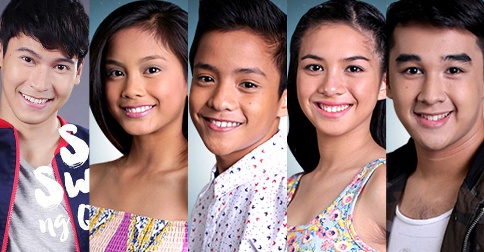 1. Pinoy Big Brother is in trouble with the MTRCB

The MTRCB has summoned PBB executives and production staff after receiving "numerous feedback and complaints." Although they didn't specify which episodes warranted said complaints, the MTRCB ordered executives to attend a "developmental conference  concerning children’s rights and protection."

In the conference, the MTRCB requested that the TV executives state their "safety measures" to ensure that show will not "have a negative impact on the youth and other audiences."

2. Jiro Manio has been turned over to relatives

Former child star Jiro Manio has been turned over to relatives after he was found roaming and begging for food around the Ninoy Aquino International Airport Terminal 3 on Tuesday. According to NAIA Terminal 3 manager Octovio Lina, Jiro was provided with clothes and food, and was allowed to use the terminal's bathroom facilities.

His foster father, Andrew Manio, earlier admitted to reporters that the actor left their home after they had an altercation over the weekend.

3. KathNiel slated to do another movie together

Designer Donna Karan is stepping down as chief designer of Donna Karan International, the company she started in 1984. In a press release, she explained that she would remain advisor to the brand, but will be focusing her attention on her Urban Zen Company and Foundation. "I want to express my gratitude and my deepest feelings to the dozens and dozens of colleagues over the years who have helped take Donna Karan New York far beyond my wildest dreams," she said.

Operations at the Makati Trial Court are still suspended, according to the Supreme Court. There is still difficulty in entering the trial courts due to limited elevator access in the City Hall, and that "many areas remain bolted and inaccessible."

However, a skeletal force is at the Enhanced Justice on Wheels (EJOW) buses parked near the old Makati City Hall for urgent filings until 3:00 p.m.

The World Health Organization (WHO) officially declared Cuba the first country to eliminate the transmission of HIV and syphilis from mother to child. In a statement, the WHO said that only two children in Cuba were born with HIV and five with syphilis in 2013. The WHO and the Pan American Health Organization credited the country for offering women early access to prenatal care, HIV and syphilis testing, and treatment for mothers who test positive.

7. NCCA says no to DMCI’s vision of more skyscrapers behind Rizal Monument

In a presentation to the media on Tuesday, DMCI Homes Inc. used a photo of the Rizal Monument with an array of skyscrapers behind it to justify the building of Torre de Manila. According to GMA reporter Joseph Morong, the National Commission on Culture and the Arts' response was a blunt "Not in a million years."

Binay allegedly went to the City Hall to show his support for Mayor Junjun Binay, and accused Jamias of "abusing his position." Another official said that he "suffered violent treatment" from Binay's security personnel.

So you've finally been called back for an interview! We've rounded up some helpful tips and pieces of advice that will help you seal the deal.

10. 10 Food Booths You Should Have For Your Next Party

Hosting a party? If you're too lazy to cook or order take-out, go for a food stall! We found 10 food booths perfect for your next get-together.