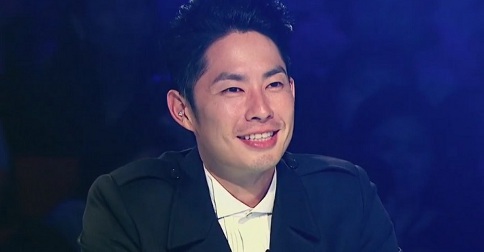 1. Vanness Wu is coming to Manila

Former F4 member and current Asia's Got Talent judge Vanness Wu is coming to Manila! The pop star is headlining a fashion show for Levi's at Valkryie on July 31. Fans who want to see him in person can avail of one ticket for every minimum purchase of P3,999.50 at any Levi's store.

2. Is Matteo and Sarah's relationship on the rocks?

Rumors of trouble in paradise surfaced after Sarah Geronimo visited Gandang Gabi Vice on June 28 where she admitted they were having "trials" in their relationship. In a separate interview, Matteo Guidicelli explained that they seldom saw each other because they were both busy with work. "Work's first every time and we'll do whatever it takes [to meet]," he said.

According to court documents dated 2005, Bill Cosby admitted that he gave women sedatives for sex. The documents were from a lawsuit filed by one of many women who accused him of sexual assault. He answered "yes" when the attorney asked, "Was it in your mind that you were going to use these quaaludes for young women that you wanted to have sex with?" He also admitted to giving the drugs to a woman in the '70s, the details of which closely mirror the story of one of his accusers, Therese Serignese.

Over 25 women have come forward accusing Cosby of sexual assault.

4. Amanda Peterson passes away at 43

The actress Amanda Peterson, best known for starring in the 1987 rom-com Can't Buy Me Love opposite Patrick Dempsey, has passed away. The official cause of death is still unknown, but she reportedly "had some illness and a sleep apnea problem that may have contributed." She retired from acting in 1994.

Tech site The Verge has reported that Instagram photos are now stored in a 1080 x 1080 resolution, a far cry from the original 640 x 640. The report also said that uploads from Android and iOS will "be stored in the higher resolution."

According to a statement from Jollibee released Monday, the company doesn't charge their delivery riders for orders that arrive late to customers. They didn't mention the viral Jay Bee controversy, but clarified that their delivery guarantee time ends once the driver arrives at the lobby or gate.

7. Mayweather stripped of title he won from Pacquiao

Floyd Mayweather Jr. has been stripped of the welterweight world title he won from his fight with Manny Pacquiao for failing to comply with rules, the World Boxing Organization said Monday. He missed the deadline to vacate his junior middleweight title and pay a U.S. $200,000 sanctioning fee. The WBO said it is against the rules to hold world titles in multiple weight classes, and added that Mayweather had to indicate which weight division he would retain.

8. PAGASA warns of another incoming typhoon

Typhoon Egay may have just exited the Philippine Area of Responsibility (PAR), but the state weather bureau has announced an incoming typhoon that may enter PAR on Tuesday afternoon or evening. Typhoon Chan-Hom will be named Falcon once it enters PAR.

Gone are the days when GTG, BRB, and TTYL were the only abbreviations people used online. Internet slang has evolved, and we're updating you with the new language kids are using these days. (Warning: It might make you feel very old.)