Scam Alert: Eye clinics under investigation for doing unnecessary surgeries on PhilHealth members
Loading
Already a member? Log in
No account yet? Create Account
Spot.ph is your one-stop urban lifestyle guide to the best of Manila. 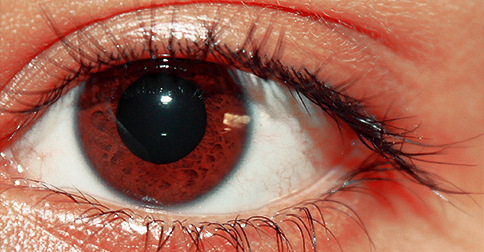 The procedure left some patients blind

(SPOT.ph) There's a special place for body horror as a genre in film, because there's something uniquely terrifying about diseases, mutiliation, and parasitic invasion of any kind. This is also probably why hospitals cause a lot of discomfort in people...and although doctors and nurses do deserve our utmost respect, sometimes, a few rotten apples put worms in our mouths.

On July 8, during a Senate Blue Ribbon Committee hearing, Romeo Fernando and Bonifacio Martinez shared their horrible experience at the hands of doctors who performed unnecessary surgeries on their eyes, leaving them blind.

Fernando was referred to Borough Medical Care Institute at the SM Mall of Asia complex. His initial operation went smoothly, but a second treatment left him in pain and with worse vision than before. He was then referred to Pacific Eye Institute in Makati, where a doctor recommended another treatment. However, upon the inspection of four different doctors in Philippine General Hospital in Manila, Fernando was told that his iris was punctured during one of the four procedures done to his left eye and that having surgeries just a week apart was highly unsafe.

Martinez, on the other hand, availed of a free cataract removal in Borough Medical Institute—offered by a local politician in Manila. The procedure resulted in discomfort caused by a fungal infection. The infection spread through his eye, which he ended up losing. Three out of 17 patients also suffered the same infection from that service.

Senators TG Guingona and Ralph Recto are calling for an investigation on individuals and institutions who are using the PhilHealth insurance system to skim funds at the expense of other people's health and well-being.

Philhealth Medical Treatments Scams
Your Guide to Thriving in This Strange New World
Staying
In? What to watch, what to eat, and where to shop from home
OR
Heading
Out? What you need to know to stay safe when heading out