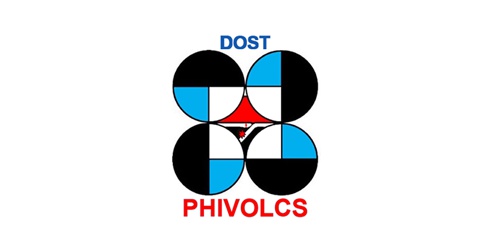 The Philippine Institute of Volcanology and Seismology (PHIVOLCS) has debunked the viral social media post warning the public of a supposed impending earthquake happening between July 27 and July 29. PHIVOLCS said they have no "land monitoring" division that issues official predictions of forthcoming earthquakes and added, "At present, the science of earthquake prediction has not yet matured to the point that imminent earthquakes can be predicted [time, location and size of earthquakes] using a rational model."

They also said that there was still no technology that capable of reliably predicting the occurrence of earthquakes, and advised the public to ignore the message meant to "deceive and create panic."

A new video involving Baron Geisler in a Pampanga bar on July 7 has gone viral. Two videos were uploaded by one Mojahid Abdulmoume on Facebook, which showed the actor trying to get into the Skytrax bar. The bouncer refused him entrance because he was allegedly drunk, which caused him to make an expletive-filled scene. Although the entire conversation wasn't clear, the bouncer was heard saying, "O, sige, tawagin mo. Gusto mo ipapatay mo ako, ipapatay mo ako. Ba't mo ako tinatakot, dati na akong takot." (Watch the video.)

It all started with an ABS-CBN article entitled, "Five Reasons Why The Breakup Playlist is Better Than Begin Again." Gab Valenciano shared the link, saying it was "kinda embarrassing" to compare the two films. Iza was one of the celebrities who responded.

On Thursday, Iza took to her Twitter to apologize to Sarah's fans. "I was at the premiere night of [The Breakup Playlist]. I enjoyed it especially technically but I can't say it's better than Begin Again," she said. "If I posted [an embarrassed monkey emoticon] it means I felt it was nakakahiya to compare. They are two totally different films."

Local police and health officials are now launching an investigation into the viral video of Ariana Grande licking donuts that were on display in a shop. Mayra Solis, a cashier on duty when Ariana went into the store, said the singer didn't purchase any of the donuts she licked. "She was really rude," she said. The singer's camp refused to comment on the investigation.

E! News mainstay Giuliana Rancic has announced she is leaving the show. Although she didn't specify why, she said that she will continue to co-host the network's E!'s Live From the Red Carpet and Fashion Police. Her last episode will air August 10.

The World Bank warned Wednesday that the loss of health care workers due to the Ebola outbreak in western Africa could increase women's deaths from complications of pregnancy and childbirth. According to the report, an additional 4,022 deaths of women could be seen each year across Guinea, Liberia, and Sierra Leone, even after the three countries were declared Ebola-free.

The Department of Justice (DOJ) has found probable cause to indict before a trial court the alleged illegal recruiters of Mary Jane Veloso, namely: Maria Cristina Sergio and Julius Lacanilao, and their alleged cohort, "Ike" for qualified trafficking, illegal recruitment, and estafa. The DOJ cited Lacanilao’s admission that it was he who introduced Veloso to Sergio, who then promised Veloso a job as a domestic helper in Malaysia.

Diwa party-list Rep. Emmeline Aglipay-Villar has proposed the Typhoon Code of Practice Act targeted for employees. Under the measure, employers must not make deductions from an employee's wages or leave of absence or impose a penalty if the latter fails to show up for work during a typhoon or the employee needs to rescue or help his or her family during extreme weather disturbances. Employees, in turn, must show proof why they cannot go to their work on the given day.

Hey, did you know it's ligaw season? Get ready for a shower of affection, from haranas with matching dance moves to free sweets...like, ahem, cake.

It turns out the folks who sell homes have a pretty swanky home, too...and by "home," we mean their office at North Triangle BGC. Take a peek!