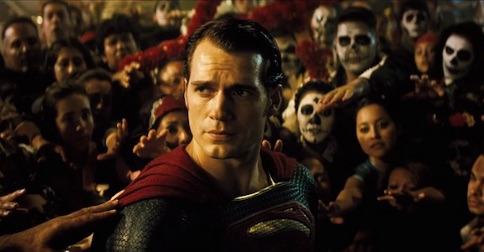 Nintendo president passes away, Binay to choose running mate in September, and more.

If, like us, you're lamenting the fact that you missed Comic Con, here's something that might cheer you up. A new trailer for the highly anticipated Batman v Superman: Dawn of Justice debuted at the convention. The trailer gave fans a glimpse of Gal Gadot as Wonder Woman and Jesse Eisenberg as resident baddie, Lex Luthor. The film is set for a March 2016 release.

2. A sequel for Wreck-It Ralph has been confirmed

...sort of. If Disney's video game-themed movie sent you on a walk down arcade gaming memory lane, you'd be really pleased to know that lead actor John C. Reilly has signed on for a sequel. Other voice actors have yet to confirm if they will be joining the movie.

On Sunday, actors Nonie and Shamaine Buencamino expressed their gratitude to everyone who "condoled with them, prayed, supported and thought of them" since their daugther's death. The 15-year-old actress was found dead around 8 p.m. on July 6.

Actress Meryll Soriano has revealed that she was diagnosed with bipolar disorder at the age of 27, and had suicidal tendencies when she was younger. Since getting the news, she has been getting help from a counselor and a doctor. "I always ask for help. 'Yong moment that I understood that I can be helped, that it can be helped, that you know, you can live a normal life, I really stuck to that path," she said.

Nintendo President and CEO Satoru Iwata died Saturday due to a bile duct growth, the company announced in a short statement Sunday. The 55-year-old was appointed president of the gaming company in 2002, overseeing the launch of the hugely successful Wii console and the Nintendo DS handheld. He was the fourth president in the history of the company.

Just days after acting Makati City Mayor Romulo "Kid" Peña Jr. was sworn into office, he has already promised improved services and additional benefits for senior citizens and city employees. Peña said he will propose to the city council to double the pension received by senior citizens, and implement a "free medicine, free delivery" program for them.

Peña also said that he will work on providing free insurance coverage to employees of the city hall as well as barangay officials.

According to Navotas Representative and United Nationalist Alliance (UNA) President Tobias Tiangco, the party has imposed a September deadline for their vice presidential candidate. He added that they are also searching for a senatorial slate and candidates for local posts. "What’s important is that he or she believes in the administration of Vice President Binay, and that he or she can make sure that the poor will immediately feel the service of the government once elected," he said.

The Philippines has agreed to host the 2019 Southeast Asian (SEA) Games. Brunei (which was scheduled for 2019) asked to pass due to "organizational reasons," while Vietnam (scheduled for 2021) also declined. The federation must still issue a formal invitation to the Philippines which the country must accept but in principle, the Philippines is "assured of being the venue" for the next round of games.

Funding and venue of the games has yet to be determined.

Love scoring handmade finds? Whether it's hand-carved stamps or papercut crafts, we show you where to go online for those cute pieces!

We know just as well as anyone that reaching your fitness goal is hard work. Sometimes, all you need is a bit of motivation. Take a cue from these celebrities who get fit with their significant others.