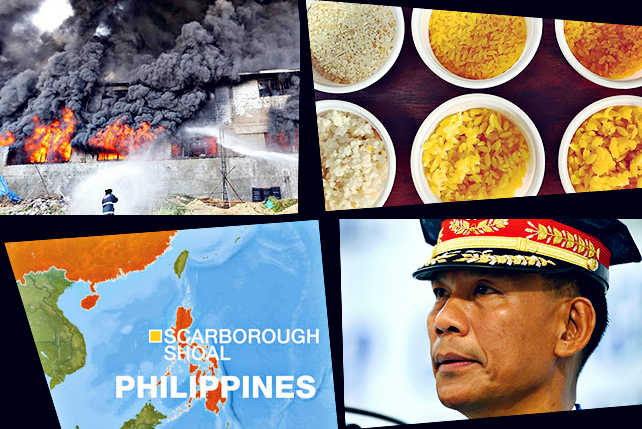 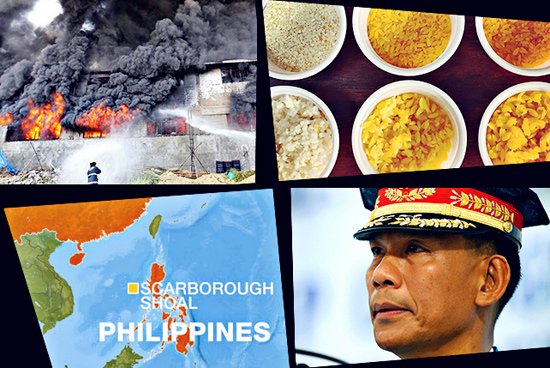 (SPOT.ph) Do your friends sound like such intellectuals whenever you have your Friday hangout and you're struggling to keep up? Who has the time to watch TV or read through lengthy articles that seem to be written to confuse you? Do you feel guilty for not being aware that there's a crisis going on somewhere? Or perhaps, you feel behind and you no longer know where to start?

Introducing...this guide! We're not here to drown you in details. We're here to equip you with enough kn0w-how to survive small talk while waiting for the elevator or answer your boss when he asks for your opinion about Bangladesh. Better yet, we're here to help you ask the right questions by going over the basics...and answer questions like, "Dafuq, Greece?" 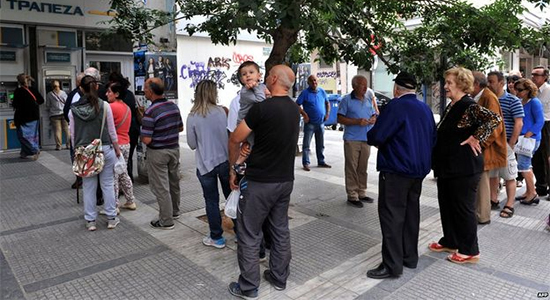 Photo from the BBC

What's up with Greece and why are they broke?

In a nutshell: Imagine Greece as a freelancer who borrowed money from people so he can look for more stable employment. However, instead of being able to use the money to find a job, Greece had to first pay his credit card debt. So...he still doesn't have a job and he still doesn't have money and he still has debt. On top of that, the people who tried to help him out of his situation are weirded out by his decisions in life....because they don't trust Greece's partner (i.e. the government), who seems a little shady and we're just going to say it flatly: There's a lot of tax evasion and other corrupt practices involved.

What you can say: You can say that you feel bad for Greece, because the countries around it have shielded themselves from whatever happens if it decides to default. Economic analysts suggest that Greece the freelancer should perhaps acquire some money-making skills (like cooking or something) and not be too dependent on its friends. (Read "Greece's Debt Crisis Explained" by The New York Times for an extended explanation.) 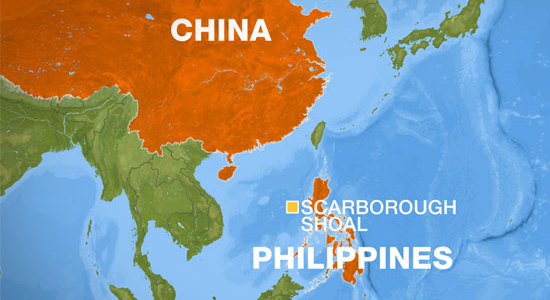 Why are we fighting with China?

In a nutshell: It's just like a soap opera, only more frightening because it involves countries with weapons. It's a love triangle between the Philippines, China, and the Scarborough Shoal...except that Scarborough Shoal doesn't really feel anything. If it were telenovela trope, it would be a character with amnesia. We can't ask it who it met first and the Philippines can only say that, "Hey, we were together during the good old days!" Of course, China is saying the same, adding, "We were there first! We have history!" Both sides are presenting maps and are using "fishing" as a way to call dibs on the place.

What you can say: Obviously, the interesting idea to explore is "property." Who really owns anything? If, for example, you find a stump in the woods and sit on it, does that stump now belong to you? If you etch your name on it, does that mean nobody else can etch his name on it? Does someone have to mark it like a dog would? 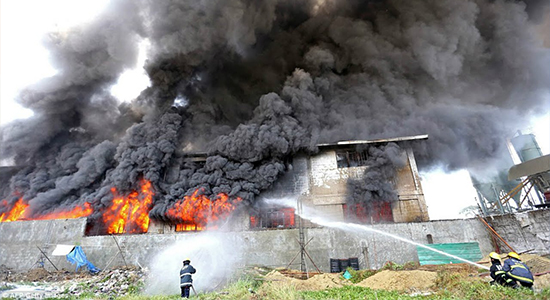 What went down in Valenzuela City in that Kentex fire?

In a nutshell: Do you ever wonder how those knockoff "Habaiianas" are made? There's a reason why cheap labor is cheap and the fire in Valenzuela revealed the price we really pay for these goods. Sure, it's funny when we see misspelled things on shirts, but the fact that factories that manufacture some of these products put people at risk is no laughing matter. The Kentex fire is a reminder that we should care about the kind of people we elect, because they sign the documents allowing such things to happen.

What you can say: As of July 14, the Department of Justice has recommended the filing of charges against the people directly or indirectly involved in the fire. Justice Secretary Leila De Lima has yet to name names, so that's something you can monitor in the news. 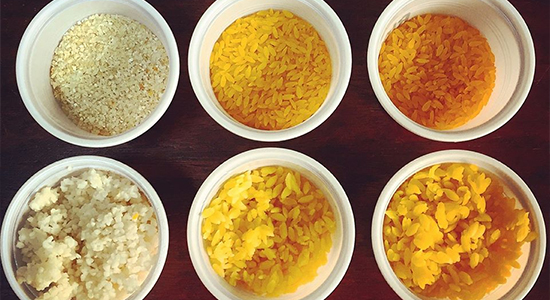 How is rice fake?

In a nutshell: Not to be confused with "fabricated" rice, fake rice is the lethal version of the best-loved Pinoy carb. It contains harmful chemicals and plastic, which by now we know shouldn't be ingested. For now, the smuggled substance is isolated in Davao.

What you can say: We should keep an eye on what Customs is doing about smuggling. 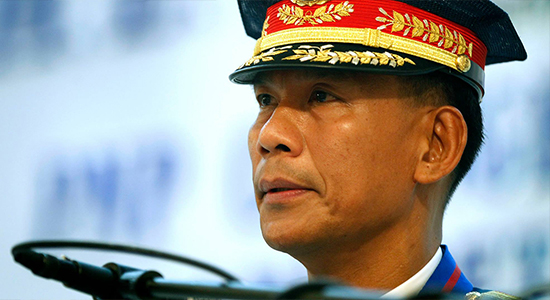 Photo from the Official Gazette of the Republic of the Philippines

In a nutshell: It's a big deal because he's going to be the boss of a lot of dudes with guns (and sticks) and he's taking the position vacated by Alan Purisima. You might remember him as the guy who did not give any orders and was just there as a miron when they were planning a sensitive mission. Our new guy is PNP Chief Ricardo Marquez. He was the man-in-charge during the Papal Visit, which also means he's the guy linked to the missing allowance of the on-duty police officers. He denied this and also denied knowledge of any endorsement from Purisima to get his shiny new four-star job.

What you can say: It's a good idea to at least remember his name, for trivia purposes. PNP Chief Ricardo Marquez. 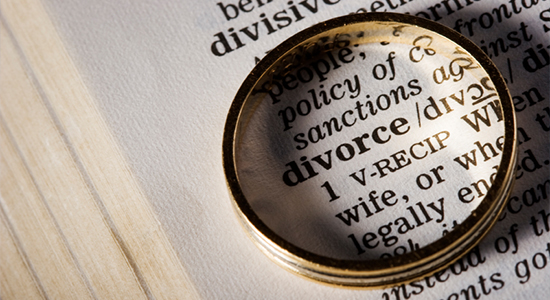 In a nutshell: We're the only country outside the Vatican that doesn't have divorce! Obviously, there is a lot of pressure from the Church to delay the Divorce Bill from being approved, but there's also a bit of sexism on our senators' part. They've actually gone on record to say they're afraid their wives will use it against them. Moreover, lawmakers are using the existence of annulment and legal separation laws to make divorce seem unnecessary...for people who can afford it.

What you can say: On one hand, it's cute how we look at marriage with such high regard and really take "forever" to heart. But in reality, sometimes the matrimony stops being holy and things get ugly. Can you imagine having to keep carrying the name of a person who cheated on you? (Read "Ending a Marriage in the Only Country That Bans Divorce" by The Atlantic for a personal account of what the lack of divorce law means for people who can no longer stay together.) 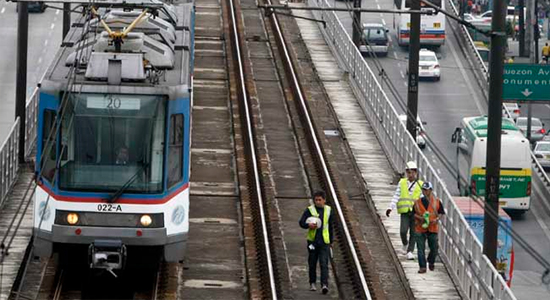 In a nutshell: We all know that there's something wrong with the MRT, but the reason behind it is a little complicated, because the details are cloudy. Obviously, repairs are in order and new trains (among others) need to be purchased. However, what we're not exactly privy to is the business deals between the government and the private companies providing "help." Charges have been filed against former MRT manager Al Vitangcol, who awarded contracts based on questionable standards (kapamilya, hello), but it seems like more people are involved (like Transportation Secretary Emilio Abaya).

What you can say: Remember, Vitangcol "intentionally hid" his relationship with the incorporator of a company bidding for a maintenance contract. The trains didn't have to be the way they are now, if only public servants had the commuters' best interests in mind. 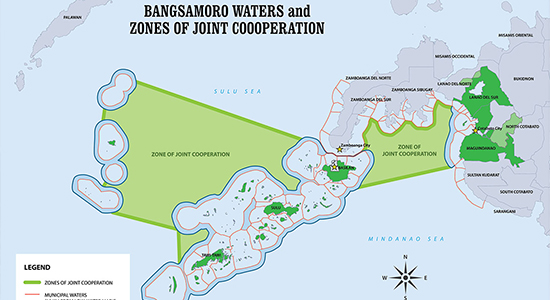 Why is the BBL important?

In a nutshell: Under the BBL, Mindanao would be your room at home, when you used to live with your parents. It operates independently and you do whatever you want in it because you have set your own rules. Evidently, there's going to be conflict. It's still your parents' house just as Mindanao is still part of the Philippines. If you wanted to, for example, smoke in your room, you could still get in trouble. If you sneak someone in, you're going to get in trouble. The BBL is you sitting down with your parents, trying to sort all of those conflicts out.

What you can say: Extending the metaphor, it's a family thing and we should start acting like it. 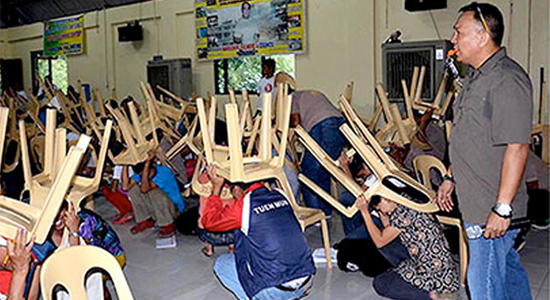 In a nutshell: The inevitability of earthquakes would be much less frightening if there weren't pictures of children using plastic chairs over their heads as a way to "survive" such a disaster during drills. It would also be much less frightening if Manila weren't so congested. There's also that bit of doubt about how strictly the Building Code is followed. You'd think putting one school on a fault line is weird...we built nine.

What you can say: We should just hope that a character like The Rock springs into action when the quake hits. 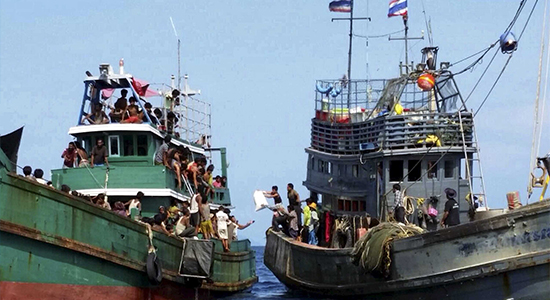 Who are the Rohingya refugees and what has happened to them?

In a nutshell: This is an ongoing crisis that seems beautifully tragic as a film or a book, but it's real, so it's just rather depressing and infuriating. Imagine The Terminal, but instead of just Tom Hanks, it's around 25,000 people...and instead of a fancy airport, they are cramped on a boat. Like Tom Hanks though, they're stateless. The Rohingya are being volleyed between Myanmar (Burma) and Bangladesh. The two countries refuse to acknowledge them as citizens due to religious conflict dating back to World War II, forcing them to stay in camps. Terrible living conditions and persecution have forced them to flee on boats. They've since been turned away by Malaysia, Thailand, and Indonesia.

What you can say: These people are still on boats. The Philippines is one of the few places who offered aid to the Rohingya, which almost doesn't make sense seeing that we're not the most advanced country around. Japan offered financial aid to the refugees, but so far, the crisis continues with little good news in the horizon.

Greek Debt Crisis Kentex Fire News Rohingya Refugees
Your Guide to Thriving in This Strange New World
Staying
In? What to watch, what to eat, and where to shop from home
OR
Heading
Out? What you need to know to stay safe when heading out