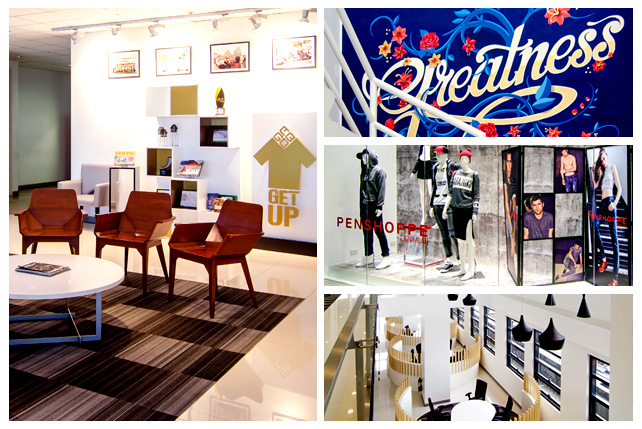 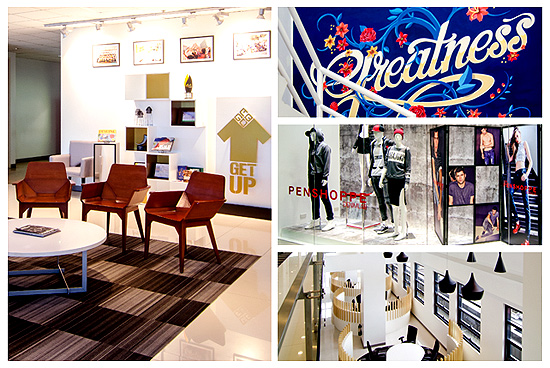 (SPOT.ph) Penshoppe, Oxygen, Memo, ForMe, Regatta, Tyler—ubiquitous in every mall and on every highway, these brands, plus a direct-selling subsidiary, Red Logo, all fall under a single corporation, Golden ABC. Situated on the north side of Metro Manila, in a nondescript compound along Balintawak, Quezon City, the gates of the property open up to reveal a completely modern 12-storey structure that houses the brand’s 500 office employees plus a whole lot more space. Still relatively new, the company first moved into its building from a temporary warehouse space in 2013. 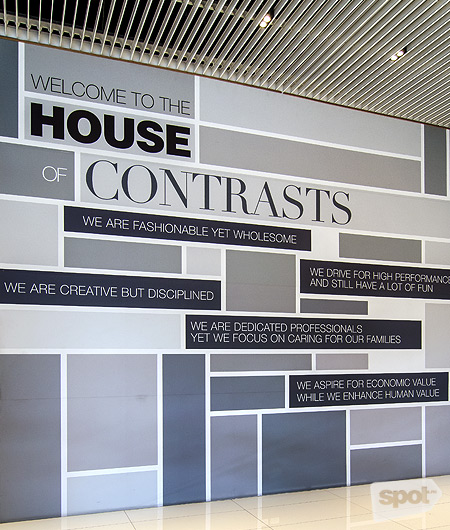 The lobby is stark white with high ceilings, quiet and clean, the only pop of color a full wall splashed cleverly with Golden ABC’s core values. A continuing theme all throughout the structure, the graphic reminders of corporate ideals and principles are never too invasive and work well into the aesthetics of the space. 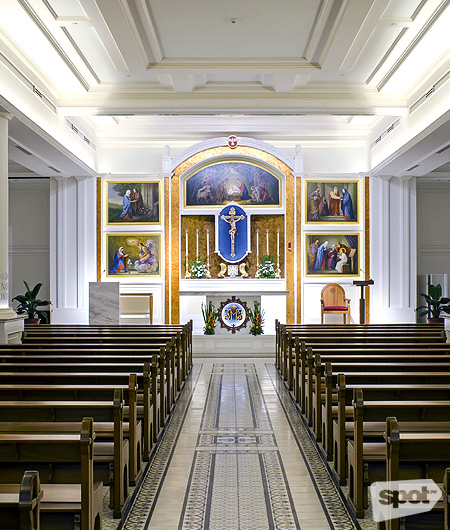 Off to one side of the public space are a series of white, subtly decorated doors and a sign on the wall leading to the Oratory of the Holy Family. While it’s commonplace in this predominantly Catholic country to have a chapel in commercial buildings, Golden ABC’s space for prayer is a complete step up from your run-of-the-mill spiritual sanctuary.

Seating 400 to 600 people, the chapel holds everything from a cross shipped from Italy, a murano glass Holy Family sculpture, a relic of Pope John Paul II, and even a confessional that’s open during Holy Week and Christmas time. With masses held every Wednesday and Friday and during special occasions, the oratory has become a place of quiet and calm to many employees regardless of religion. 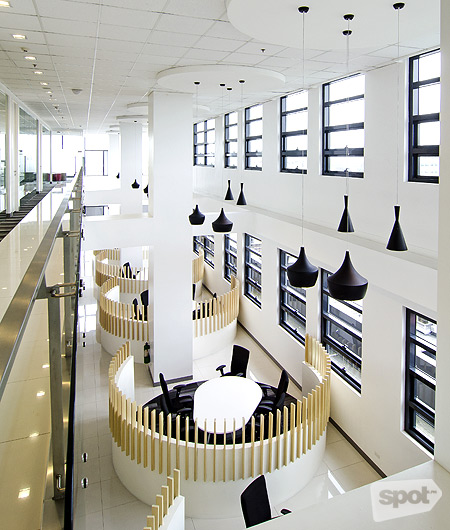 One of the few areas open to the public, the sixth floor is made up of an all-access lobby where applicants, visitors, and guests can lounge. The décor is kept minimal and clean, with one wall dedicated to the company’s CSR initiatives. Light and airy, the space is heavy on architectural detailing with a screen to separate private meeting areas from the main lobby, circular pods embellished with wooden vertical screens; and a grand staircase that leads up to HR, Legal, and meeting rooms, still with the same wooden and wireframe elements seen throughout the area. 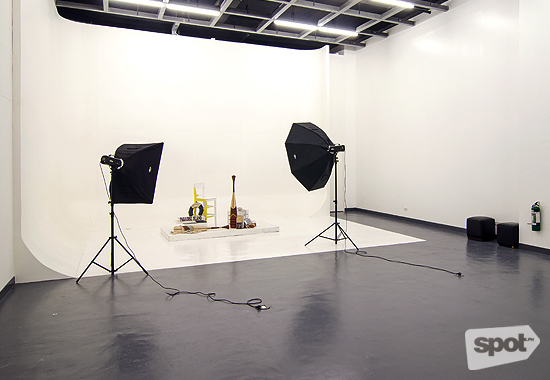 One of the building’s limited access spaces is the fifth floor, where much of the visual merchandising, selling, and studio work happens. Studio 1155 is a fully equipped in-house photography studio that each of the brands can book at their leisure. With a high ceiling that can accommodate elaborate sets, a makeup area and dressing room, every brand can now shoot its campaigns without having to leave the premises. 1155 takes the address of Golden ABC, and is a great perk for employees who had to find space for shoots wherever they could in their former workspace. 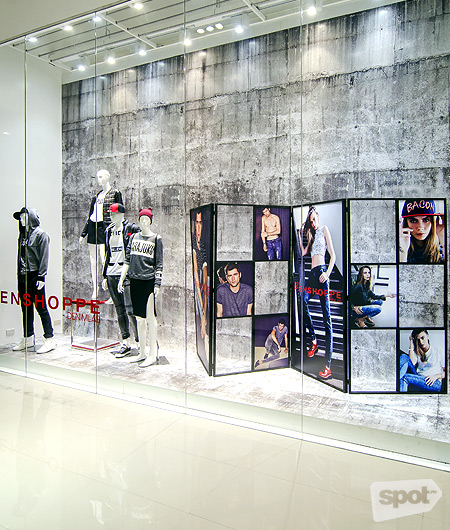 Another area that brands can play with are the mock store displays that they can use to play around with merchandising materials for every campaign. With one sample storefront dedicated to Penshoppe, and two others that rotate among Golden ABC’s other brands, teams are able to build sets that are then carried out in the different stores nationwide.

Employee engagement is an essential part of the Golden ABC workplace—and one project that everyone took part in was mural creation. Different departments submitted artwork and 12 pieces were selected to be painted on the building’s fire stairwell. With every floor highlighting a different look, the murals showcase the broadness of Golden ABC employees’ talents and imagination. 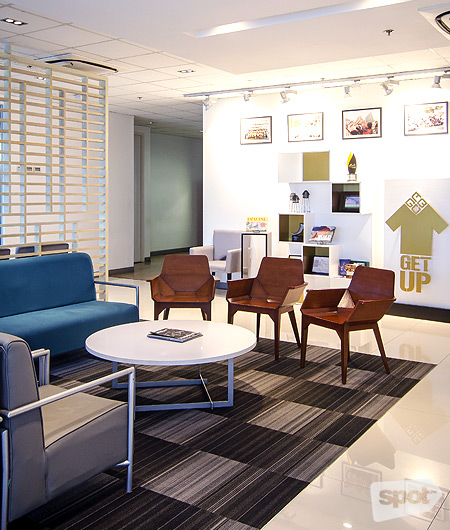 Regardless of the area, the most notable part of Golden ABC’s office space is its consideration of its employees' needs. The exceptionally modern facilities, clean lines, and use of white space create a blank canvas for a highly creative workspace. Functionality is key, especially in areas that provide employees with a virtual playground to help carry out their visions for each brand. Aside from that, employee engagement is given top priority with everything from a cafeteria to big training rooms, social halls to gathering areas, and even a chapel space to find respite and relaxation away from the busyness of work life.

Check out the gallery for more photos of Golden ABC's office: