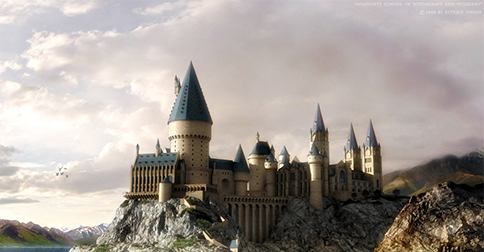 Hogwarts is free + more things you might have missed today

VP Binay files P200-M damage suit, at least one Pacquiao is retiring from politics, and more.

It all started with an article from Mic.com that broke down the potential expenses of going to school in Hogwarts. Their computed total? Over U.S. $43,000 a year, if you include the cost of wands, robes, and cauldrons. When asked about the actual cost on Twitter, author J.K. Rowling said that magical education is actually free and paid for by the Ministry of Magic (something, she said, Muggles should learn from). If only Hogwarts were actually real.

2. Asia's Got Talent finalist to sing national anthem for SONA

Former Asia's Got Talent finalist Gwyneth Dorado is set to sing the national anthem for the sixth and final State of the Nation Address (SONA) of President Aquino on July 27. House of Representatives deputy secretary general for legislative operations Attorney Artemio Adasa confirmed the 10-year-old's performance and said that she represents the "vast and incredible wealth of talents Filipino youth can offer."

Is the feud between the Barretto sisters over? PEP.ph reports that the former Telenovela Princess spent her birthday with sister Marjorie and nieces Julia, Claudia, and Dani. The actress posted several pictures of the occasion on her Instagram account. She also shared snapshots of her happy moments with her parents and kids.

The people behind the scandalous viral video shot in a Uniqlo fitting room have been detained for "spreading obscene content." The couple featured in the video admitted to sending it to a friend on WeChat, but it spread online like butter on really hot toast. The clothing brand has denied involvement in the creation of the recording.

Mandaluyong set a new Guinness World Record for the largest Zumba class on July 19. On that day, 12,975 people took to the streets to follow the steps of instructors on stages scattered throughout the neighborhood. The record was previously held by Cebu City.

According to House Majority Floor Leader Neptali Gonzales II, there is a slim chance that the Freedom of Information, anti-political dynasty, and Cha-Cha bills will be passed in the 16th Congress. He said lawmakers will be busy deliberating on the proposed 2016 national budget and the Bangsamoro Basic Law (BBL) in its final regular session. He added that lawmakers, particularly those from the province, will also likely skip sessions to focus on their districts ahead of the elections.

8. Jinkee Pacquiao will be retiring from politics

In case you've forgotten, Pac-Wife Jinkee Pacquiao is the Vice Governer of Sarangani! Her term is set to end in 2016 and she says that she's not going to pursue another position after that. According to her, "My husband is the congressman of the province. To me, having one member of the family actively involved in politics is already enough. Let’s give others a chance." Is that a vote against political dynasties?

9. 10 Crazy Bathroom Experiences You Wish You Never Had

If you're familiar with any one of these stories, we are sorry. But please take comfort in the fact that you are not alone. Shudder with us as we recount these crazy bathroom experiences!

10. Top 10 Songs We Can't Wait to Hear at Madonna's Concert in Manila

Are you ready to be touched for the very first time by the Material Girl herself? Get psyched for the one and only Madonna with these timeless pop hits!