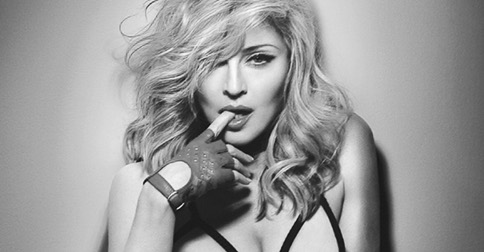 1. Ticket prices for Madonna's concert have been announced

Princess Sarah is engaged! She and non-showbiz boyfriend John "VJ" Yambao have set 2017 as their target wedding year, which they are already slowly starting to prepare for. He proposed to her on July 18 at the Nayomi Sanctuary Resort in Balete, Batangas. This is Camille's second marriage. Her first husband, Anthony Linsangan, passed away in 2011 due to cancer.

Marian Rivera and Ai-Ai delas Alas are set to host a new weekly variety show entitled Sunday Pinasaya! No airing date has been set just yet, but they will be joined by other celebrities, including Alden Richards, Julie Anne San Jose, Jose Manalo, and more.

While doing interviews for Magic Mike XXL, a reporter from Hola Hollywood asked the openly gay Matt Bomer a question on gay stereotypes, which the latter politely but eloquently shut down. The reporter asked, "This is a movie to please women, but also the gay community. Are they harder to please?" Matt then replied, "I don’t know. Why would I ever try to boil down an entire community into a yes-or-no question? Would you feel comfortable if I said ‘Are women harder or easier to please?’"

He continued, "One of the things, I think, you learn from this movie is that everyone is different. It’s all about communication and a dialogue between individuals—get rid of the labels, get rid of the shame, get rid of the stigmas and just be your most authentic self."

5. A travel jacket with 15 built-in gadgets has been funded on Kickstarter

This sounds pretty nifty: Someone has invented a travel jacket that doubles as...well, everything you could possibly need for your next trip. BauBax's awesome jacket features 15 useful travel gadgets, including a drink pocket, earphone holders, hand-warming pockets, and even a built-in neck pillow and eye mask. The product has already been funded for about U.S. $900,000 on Kickstarter.

6. Claudine opens up about reunion with sister Marjorie

Hackers are threatening to release valuable details such as names and credit card information of as many as 37 million users of Ashley Madison. The website, which caters to cheating spouses, confirmed the breach in its systems and has since secured the site. The company also noted that someone who had access to their internal network may have something to do with the breach.

We're only 10 months away from the presidential elections and it seems the Comelec is still undecided on the machines that will be used for the polls. The Comelec will have to check the results of the second bidding for the repair of old PCOS machines, valued at P3.1 billion. If this fails again, they will enter into a direct contract for the refurbishment of old machines or for the purchase of new ones. The latter will reportedly cost over P7 billion.

Whatever they decide, Comelec chairperson Andres Bautista said they are firm on automated elections come 2016.

It's not just red lipstick anymore! If you've always wanted to try nude lip colors, we show you where to find the perfect shade for your skin tone.

10. 10 Surprisingly Great Dishes You Never Order at Your Favorite Restaurant

No matter how many new restaurants open in the metro, you will always go back to your tried-and-tested favorites. The same goes for dishes. Then again, there's nothing wrong with trying something new. You'd be surprised at the great dishes served in your staple restaurant.