A Quick Guide to the Presidential Bets for the 2016 National Elections
Loading
Already a member? Log in
No account yet? Create Account
Spot.ph is your one-stop urban lifestyle guide to the best of Manila. 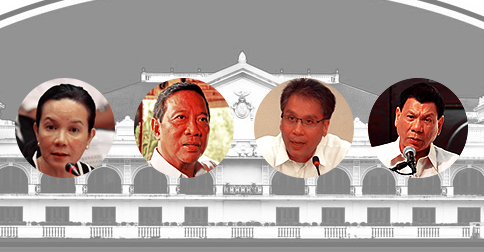 Running, walking, or skipping to the presidency?

(SPOT.ph) The President will allegedly be announcing his endorsement by July 27, during his State of the Nation Address, and the headlines are abuzz with secret meetings with Senators Grace Poe and Chiz Esudero and DILG Secretary Mar Roxas. So far, all we've heard are coy sentiments about the future of the nation. Meanwhile, our Vice President is busy sharing his plans.

If you need a rundown of the presidential bets, here's a quick recap of who's doing what for 2016:

Only after he gets married...for the, what, 50th time?

His mother really wants him to and he's "keeping his options open." Aren't you just thrilled at the possibility of another Marcos president? Especially one who totally graduated from Oxford?

Nope. He just likes having a commercial, maybe. He loves Taguig, what? Who doesn't?

He doesn't want to, but he will if has to and if you give him money, then sure maybe.

Elections2016
Your Guide to Thriving in This Strange New World
Staying
In? What to watch, what to eat, and where to shop from home
OR
Heading
Out? What you need to know to stay safe when heading out