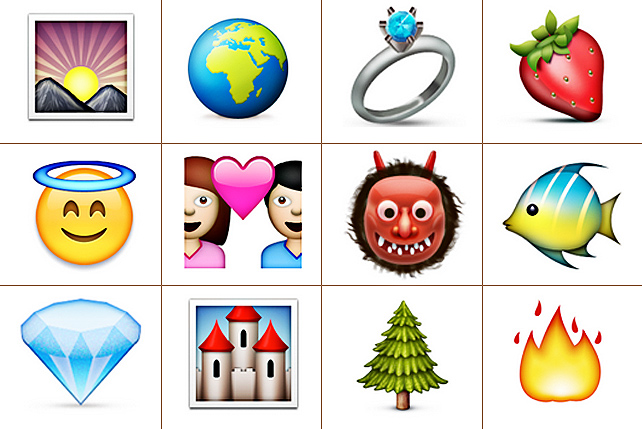 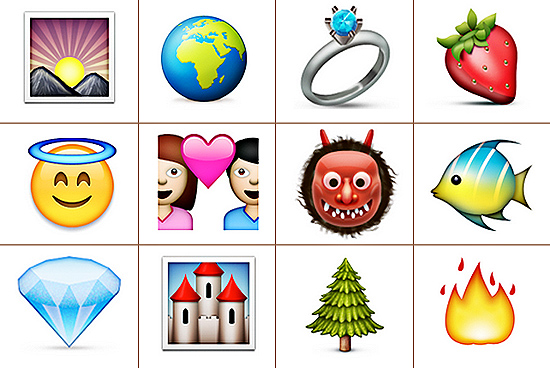 1. Your favorite emojis are coming to the big screen

According to Mashable, Sony Pictures Animation is developing an emoji animated movie which will be written and directed by Anthony Leondis (Lilo & Stitch 2: Stitch Has a Glitch). There's no word on the plot or cast just yet, but Leondis will be writing it alongside Eric Siegel who directed Kung Fu Panda: Secrets of the Masters.

2. Madonna's Manila concert tickets may be priciest in the world

The Queen of Pop confirmed Monday that she will be visiting Manila for her Rebel Heart Tour. Her ticket prices range from P3,150 for General Admission to P57,750 for Super VIP. According to a report from GMA News, they may be the most expensive in the world. Tour tickets for the MGM Grand Garden Arena in Las Vegas range from about P2,352 to P18,389. Meanwhile, premium tickets at Madison Square Garden in New York are at P18,069 (less than a third of the price in Manila).

Prices are even lower in other countries such as Canada, Australia, New Zealand, and the United Kingdom.

Chris Brown was barred from leaving the country on Wednesday, a day after his concert at the Mall of Asia Arena. Brown's plane was supposed to depart at 1 p.m.. but he was reportedly advised by immigration and the Civil Aviation Authority of the Philippines to secure clearance from the Department of Justice.

According to reports, a lookout bulletin against Brown was issued by Justice Secretary Leila de Lima based on a supposed complaint from a religious sector. He is still seeking clearance from authorities.

You might have heard reports saying that a reboot of Xena: Warrior Princess was in the works for 2016. Its original star, Lucy Lawless, took to Twitter to disprove rumors saying, "I'd love it to happen one day but it's still in the wishful thinking stage."

5. Sociologists reveal the perfect age to get married

A new study suggests that people should get married between the ages of 28 and 32 if they don’t want to get divorced within the first five years. The study was conducted by Nick Wolfinger, a sociologist at the University of Utah. "The odds of divorce decline as you age from your teenage years through your late twenties and early thirties," he wrote. "Thereafter, the chances of divorce go up again as you move into your late thirties and early forties.”

Other sociologists who worked with the topic, however, claimed different results. The University of Maryland’s Phillip Cohen used a different set of data and saw that the perfect age to get married if you don’t want to get divorced is 45 to 49.

6. Pacquiao moves family back to GenSan

Boxing champ Manny Pacquiao and his wife Jinkee have transferred their four children to General Santos City to reportedly "give them a taste of [the] simple life." Pacquiao’s children have been studying at Brent International School, but they were enrolled at the Hope Christian School in General Santos City for this school year.

Senator Miriam Defensor Santiago on Wednesday announced that she is considering running for president in the 2016 elections after receiving infromation from doctors that the "cancer growth in her left lung has been arrested."

Santiago said that she was also "happily surprised" by the results of consultancy firm Publicus Asia's recent survey, where she placed second among the respondents' top choices for president.

9. 10 Things You Wish You Didn't Have to Hear After a Breakup

Do you hear that? Is that the sound of your heart breaking after a split-up? You know what else you wouldn't want to hear? These 10 statements that most people will probably tell you.

It never, ever hurts to be prepared and we've seen enough disaster films to confirm this. We give you a handy list of things you will need to get ready for the worst.