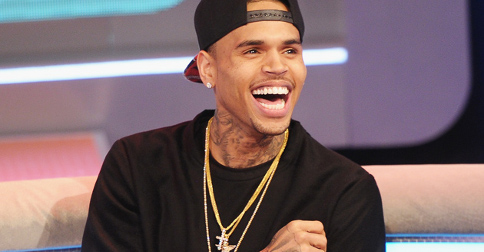 Space Jam 2, Gab Valenciano gets cited for Best Choreography in VMAs, and more.

It's not looking good for Chris Brown. Despite an earlier report from TMZ saying the singer "escaped" from the country, the Bureau of Immigration (BI) said he is still in Manila. "There was no reported attempt to depart yet on the part of Brown," said BI spokesperson Elaine Tan. She also clarified that a lookout bulletin is not like a hold departure order, but Brown has to secure an Emigration Clearance Certificate (ECC) which, according to a report from GMA News, he hasn't applied for yet.

While the Nicki Minaj-Taylor Swift Twitter exchange is still a hot topic, here's a bit of good news. Gab Valenciano was cited for Beyonce's song, "7/11" which was nominated for Best Choreography at the MTV Video Music Awards. His video, "Super Selfie" inspired the dance moves in Beyonce's video. The latter is also nominated for Video of the Year, Best Female Video, Best Pop Video, and Best Editing.

...and it may star LeBron James. According to reports, Warner Bros. is "embarking on an unprecedented" creative partnership with the basketball player" which doesn't exactly confirm that he will be involved in the project. Still, the studio has filed to renew its trademark for the first film and earlier reports said that Charlie Ebersol will direct. There's still no word if the Looney Tunes will come back.

4. Angeline Quinto pulls out of show with Coco Martin

The actress-slash-singer announced that she will not be starring alongside Coco Martin for the upcoming telenovela, Ang Probinsyano. "Kasi before pa noong nilalatag pa 'yong mga schedule namin, pabago bago kasi 'yong taping. Hanggang sa umabot sa before mag-concert, hindi na nagawan ng paraan," she explained. The show was supposed to be her reunion project with Coco, whom she worked with on the film Born To Love You in 2012.

5. Jurassic World is officially the third highest-grossing movie ever

It's a music lover's dream. 19-year-old Maggie Poukkula tweeted some pictures of her father jamming with Nirvana after finding them tucked into some of the latter's books on Kurt Cobain. The 1987 gig saw her dad playing with Cobain, bassist Krist Novoselic, and original drummer Aaron Burckhard, and is pretty much the band's first public performance.

Leaders of the House of Representatives and the Senate will prioritize the Freedom of Information (FOI) bill and five other measures in their last year in Congress. Senate President Franklin Drilon said Congress will only have six months in the third regular session. The five other measures are the proposed Bangsamoro Basic Law, the 2016 national budget, amendments to the Build-Operate-Transfer Law, creation of the Department of Information and Communications Technology (DICT), and the modernization of PAGASA.

Every artist (and aspiring artist) swears by unruled journals. If you're having trouble finding the perfect sketchbook, we found 10 that will suit your ahrt needs.

Migo develops digital content and services to bring entertainment to everyone. We give you a look inside their cool office, which includes a "Welcome Wall," an "office-less space," and a comfy area referred to as Bikini Bottom.