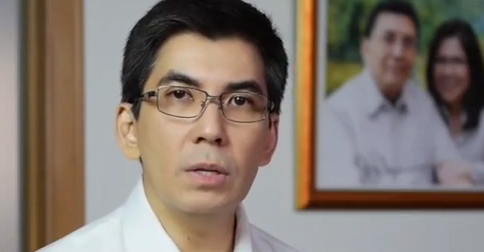 10 Things We Know About the Iglesia ni Cristo Issue

A gathering of facts about the confusing INC conflict

(SPOT.ph) Curiosity and skepticism collided when a video of Tenny and Angel Manalo circulated widely on July 23, which was filled with tension due to claims of abduction and a sense of danger. The situtation only escalated when a mysterious piece of paper bearing the words "Tulong hostage kami" was allegedly spotted plastered against a window in the house where the pair lived in the Iglesia ni Cristo compound.

Quezon City Mayor Herbert Bautista and officers from the Quezon City Police District went to check out the situation and here's what we know so far.

1. The "hostage kami" sign was drawn by a child.

Angel Manalo gave a brief statement on July 23 and answered a few questions from the media. When asked about the disconcerting call for help about being hostages, he said, "May bata pong nagbibiro lang po."

Chief Marquez, on the other hand, says he knows nothing about it.

3. Tenny and Angel Manalo don't like the Philippine Arena.

4. However, the police ruled that there was no abduction.

Investigating officers of the Quezon City Police District were allowed to go into the Manalo residential compound late on July 23 and reported that they found no signs of abduction.

5. Angel Manalo called on people to join them in a vigil and in fighting alleged corruption within their church.

In the early hours of July 24, Angel Manalo asked people to gather outside their home in Quezon City and pray for their safety.

6. Zabala claims that Tenny and Angel Manalo are lying.

Edwil Zabala, spokesperson for the INC, says "it's all just lies" and cited the "fake" hostage drama as proof (which he repeated in an interview with DZBB on the morning of July 24), "Napatunayan pong walang katotohanan ang mga sinasabi nila na may hostage-taking."

When asked for his opinion on the purpose of the video and the call for help, Edwil Zabala told the media that they were being used and that the public is being played. He also added that people have been camped out waiting for clarity about the issue and were only fed (you guessed it) lies, finally saying "Pwede po ba, matulog na tayo. Gabi na!"

8. Edwil Zabala claims that there is no issue behind the Philippine Arena.

He also added that they have more than 800 new churches, in and outside the country. In a Friday morning interview with DZRH, he dared Tenny and Angel to show evidence to back up their claims of corruption.

9. The Central Office is open to receiving Tenny and Angel Manalo.

They've been expelled, but according to Zabala, the two can be "reinstated" if they apologize to INC leader Eduardo Manalo.

10. According to Zabala, the INC has nothing to hide.

The Department of Justice (DOJ) has ordered the National Bureau of Investigation (NBI) to look into the allegations of abduction.

Angel Manalo Edwil Zabala Iglesia Ni Cristo Inc Tenny Manalo
Your Guide to Thriving in This Strange New World
Staying
In? What to watch, what to eat, and where to shop from home
OR
Heading
Out? What you need to know to stay safe when heading out